Have Leicester City cheated their way to almost winning the Premier League?

Leicester City’s dash to an unlikely Premier League title is billed as football’s most romantic story in a generation but the Football League is still investigating the club’s 2013-14 promotion season amid strong concerns from other clubs they may have cheated financial fair play rules.

The club’s owner, the billionaire Thai businessman Vichai Srivaddhanaprabha, who owns his country’s duty-free company King Power, bankrolled Leicester’s rise from the Championship with more than £100m after he took over the club in 2010.

The investigation centres on a deal Leicester say they did in January 2014 with a company called Trestellar Ltd, to market the club in the UK and south-east Asia. That deal immediately produced an apparent £11m increase in Leicester’s sponsorship and commercial income, reducing the club’s loss from £34m the previous year. In the club’s most recent accounts, for 2014-15, Leicester say Trestellar sold the club’s main sponsorships – the name on the players’ shirts and the stadium – to King Power, the club’s owners.

That substantially reduced Leicester’s loss, which was otherwise likely to have resulted in a large fine under the Football League’s then new financial fair play rules by which all clubs agreed to cap losses at £8m to try to reduce excessive spending on players’ wages. Losses under FFP rules are not reduced by a club owner paying money to the club, or by doing so via sponsorship, if the amount paid is clearly inflated beyond market value. Leicester still say Trestellar paid the club for the rights to market their brand, then sold the sponsorships to the owners. The resulting smaller loss – £21m in 2013-14, including expenses clubs are allowed to offset – meant Leicester argue they complied with FFP rules and no sanction should be applied. Some other clubs are furious, arguing they reduced spending on players to comply with the rules while Leicester overspent on players’ wages, achieved promotion and have since resisted any sanctions.

Leicester’s 2013-14 accounts state they spent £36m on players’ wages, £5m more than the club’s entire income – the goalkeeper Kasper Schmeichel, the captain Wes Morgan, the prolific striker Jamie Vardy and other core players were already on the payroll then – although Leicester said £9.4m comprised bonuses paid on promotion. During the season, in January 2014, Leicester signed Riyad Mahrez from Le Havre for a reported £560,000, and the Algeria midfielder has since been instrumental in Leicester’s promotion and remarkable Premier League turnaround.

Trestellar, the company which produced this immediate increase in sponsorship and commercial income – vast for a Championship club – was a newly formed company. It was set up on a Sheffield trading estate by the son and daughter of Sir Dave Richards, a former Premier League chairman. Richards had close links to Leicester’s Thai owners (his Thai football contacts also include having become acquainted with the country’s ousted prime minister, Thaksin Shinawatra, who became Manchester City’s owner in 2007).

In June 2013, Richards was reported to be advising Leicester about how to comply with FFP, although his son, David Jr, rejected as “paper talk” reports his father would become Leicester’s chairman.

Trestellar, then and still, has no website nor telephone number. At the registered address – 6 Shepcote Office Village, on a main road in Sheffield – there is no Trestellar presence or sign. Asked by the Guardian why the company has no telephone number or website, Richards Jr, who runs a print, design and marketing company, Glue, from the same address, replied: “Why would we need one? We are very busy, we are relatively well known and in the networks in which we move, we are known to the people we wish to be known to.”

Leicester said last year they agreed their “exciting international marketing and licensing partnership with Trestellar Limited … following an extensive tender process to identify a party best-suited to extending its commercial reach worldwide”. The club declined to answer any questions about the Trestellar deal or this tender process, and what considerations resulted in the new company in Sheffield set up by Sir Dave Richards’ family members winning the rights to market the club in south-east Asia.

Richards Jr told the Guardian he could not discuss the deal, how and why King Power remain the club’s sponsor, or what other income Trestellar has brought in, saying he was bound by client confidentiality.

However, he said Leicester’s accounts and those of Trestellar – which showed £808,000 profit and £4m cash in the bank last year – demonstrated the “positive impact” Trestellar has had. Asked if his father had been influential in securing the deal from Leicester, Richards Jr said: “It is fair to say my dad is and continues to be on the world sporting stage.”

Richards Jr confirmed the name Trestellar echoes his father’s former engineering company, Three Star Engineering, which went into administrative receivership in 2001. Shortly before that, Richards resigned as the chairman of Sheffield Wednesday, who were facing relegation from the Premier League, and was appointed the Premier League chairman on an initial salary of £176,667. He stepped down in 2013 and now does consultancy for contacts, his son said.

The Football League has stated for more than a year that it has not cleared Leicester’s 2013-14 finances and told the Guardian that Leicester remains an “ongoing matter”. 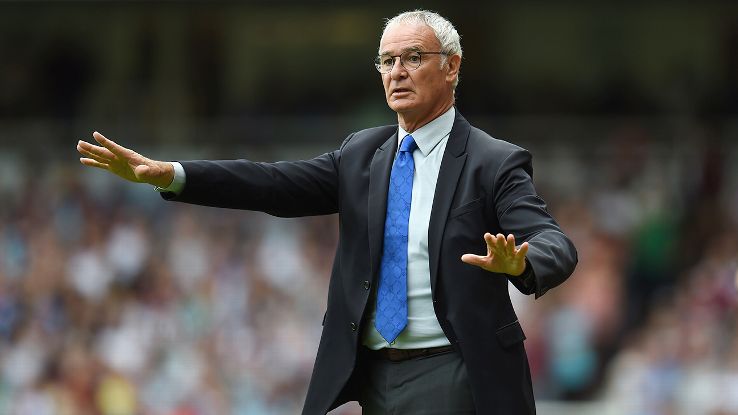 Senior figures at Championship clubs say shirt sponsorships in the division earn between £250,000and £500,000, and it is difficult to sell stadium naming rights at all. Leicester’s nearby rival Derby County, who have a bigger stadium capacity, recently sold their naming rights to iPro, a sports-drink company, for £700,000 a year.

One owner of a club in the Championship in the 2013-14 season, who did not want to be named because he said the league investigation has to run its course, said: “What Leicester did looks like financial doping by the owners, while other clubs were complying with the rules we all agreed.” A senior director of another 2013-14 Championship club, who also did not want to be named for the same reason, said he believes the Trestellar deal looks like a means of cheating the FFP rules.

Damian Collins, the Conservative MP on the House of Commons culture, media and sport committee, said: “Leicester should answer the questions publicly, to explain this arrangement, which looks unusual to say the least, to reassure people it was not an attempt to evade the FFP rules.”

Leicester did not answer any of the Guardian’s specific questions about the deal. A spokesman said: “The club submitted a compliant FFP return to the Football League in relation to the 2013-14 season. The Football League has subsequently requested certain clarifications, which have been provided. The club is confident that it has complied with the Football League FFP regulations during that season and no material liability will arise from this process.”

This article was published in the Guardian with the title: Leicester City and the strange finances behind their rise to the Premier League pinnacle