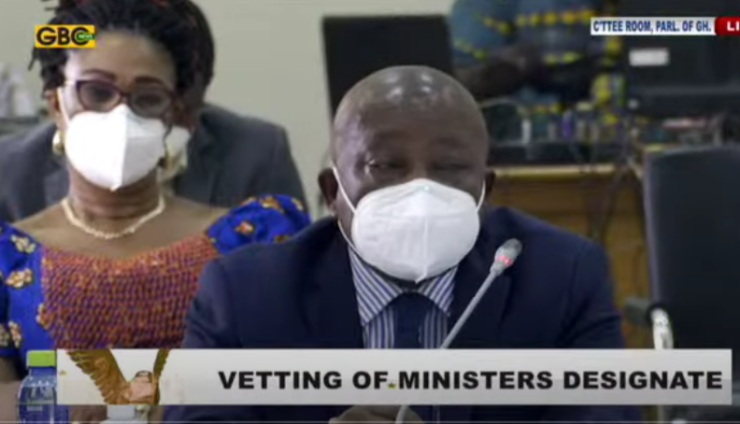 The Health Minister-designate, Kwaku Agyemang-Manu, says the ministry is engaging with the Finance Ministry to begin a compulsory acquisition of facilities encroaching on hospital lands.

Responding to a question at the Appointment Committee vetting on encroachment activities on Pantang Hospital lands, he said that the ministry is unhappy with private developers who are hindering the development of health facilities by building on their lands.

Mr Agyemang-Manu added that the Ministry had initially sought to construct a fence wall around the Pantang Hospital, however, they were unable to cover the entire stretch.

He explained that their checks revealed the lands around the hospital had been sold to private individuals, adding that their plea to the CEO of the La Nkwantaman district assembly to stop issuing permits to developers in the area had proved futile.

“We have awarded a contract for some fencing to be done, but not the entire stretch. At one stage, I asked one of my deputy ministers to go and contact the Chief Executive of the La Nkwatanang District Assembly to stop issuing permits to those who are building in that area.

According to him, “investigations indicated that the frontage of the facility was somebody’s land”.

He bemoaned the fact that “the court grants judgement to people and give them title to the land”.

In response to that, he stated that “what we planned to do now is to try to do a compulsory purchase, and we are engaging with finance, to give us money.

“We’ve sent land valuation to do some cost estimation for us to try to see if we can find resources to do compulsory purchase and even pull [them] down”.

He added that the ministry is also working to ensure that lands surrounding the other government hospitals are not encroached on.

“…[The encroachment] has become a serious albatross on me and I plan setting up a small committee in the ministry to look at not only Pantang, [but] Tema, Cape Coast Teaching Hospital, the mental hospital in Cape Coast, their lands are being encroached and we have to find something to protect these lands,” he stated emphatically.

Mr Agyemang-Manu said it is important to get these lands back for the hospital to ensure management is able to operate freely and also embark on new developmental projects.

“The irony now is that there are some facilities that you want to expand but there is no land. We are looking for land to build a facility in Suame, you can’t easily get.”

“The Ga East Hospital should have been in Madina but we can’t get land. So the lands that we have abounding our facilities should be seriously protected. It is on my agenda to try to see what little efforts I can put in.”

He called on his colleague MPs and Ghanaians to help “fight the encroachment battle” and protect the lands of public health facilities.

DISCLAIMER: The Views, Comments, Opinions, Contributions and Statements made by Readers and Contributors on this platform do not necessarily represent the views or policy of Multimedia Group Limited.
Tags:
Appointments Committee
Health Minister Designate
Kwaku Agyeman-Manu