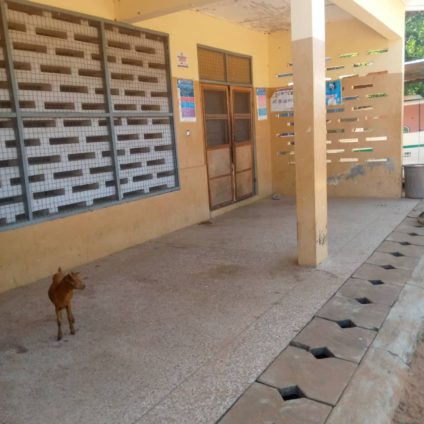 Health workers at the Mankarigu Health Center in the North Gonja District of the Savannah Region have on Saturday locked up the facility.

This is in protest of what they say is an unnecessary attack visited on them by a youth group in the town.

According to sources in Mankarigo, some fifteen (15) anti-snake serum, was donated by the member of Parliament for Daboya Mankerrgo, Alhaji Asei Sene Mahama to the facility to be administered to snake bit victims free of charge.

But the nurse in charge of the centre allegedly collected monies for the treatment, a situation the youth in the town kicked against, hence the alleged attacks leading to the closure of the facility.

Narrating the incident to JoyNews, the Assembly Member for Mankarigo Electoral Area, Zakaria Mohammed, said his outfit upon hearing information concerning the arrival of the vaccines, called on the Community Health committee, “but they (health committee members) were not also aware of the vaccines at the facility.”

“So, we approached the Nurse (Jude) in charge of the facility and he confirmed receipt of fifteen (15) vaccines but that it was from the district health office to be used for free of charge,” the assembly member said.

According to Mr Mohammed, “the Committee chairman told the nurse (Jude) that he has incidence that he collected money from patients before giving them the vaccines but he (Jude) said it was for service fee and we left there”.

He continued, “and so, I also met with my opinion leaders and the youth to explain things to them in our discussion at the committee level. I also went to the clinic and appealed to the workers after my meeting with the Youth not to be afraid of anything but continue with their work.

So, I was surprised to hear this morning that they locked the centre and left town, Zakaria Mohammed, assembly member for Mankarigo.

But an interview with a nurse at the facility, said around 10 am on Friday, October 15, some youth group numbering about 20 “came here at the facility and started throwing us stones and to avoid more troubles.”

“We decided to run away from their troubles and this morning I heard our in charge has locked down the place and also ran away for safety”, the nurse who pled anonymity indicated.

Meanwhile, JoyNews‘ attempts to reach out to the nurse in charge of the centre for comment have failed.

A source in the community said he together with some of his colleagues left town for Tamale.