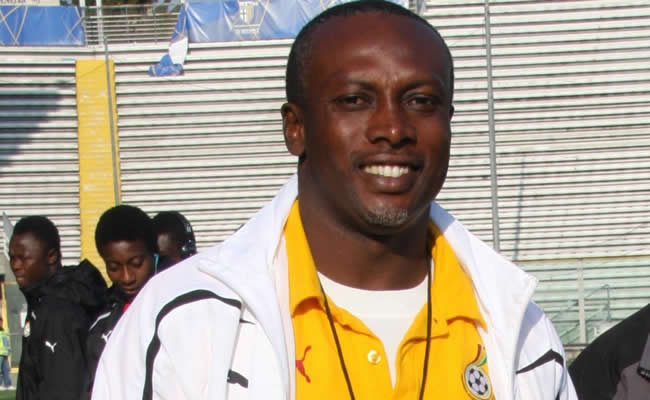 Preko will be in charge of his first competitive game as interim manager of Hearts against a side, Dwarfs that has enjoyed a fantastic second round.

Hearts will be seeking to return to winning ways against the Cape Coast based club after failing to pick maximum points in last seven games. The team has drawn five and lost two including 3-1 demolishing at the hands of Bechem United. A result that necessitated the demotion of Traguil to Accra Youth.

The Portuguese trainer brought in to replace Japanese gaffer Kenichi Yatsuahashi, who was doing so well, failed to live up to the high expectations, winning only three of 12 games.

The Former Hearts of Oak forward has played down the pressure, adding the team is focus on beating Dwarfs.

“I am not under pressure I am just doing my best and doing everything possible to ensure that we go all the way,” Preko said

“We have a big game against Dwarfs who have been in good shape so that is the focus at the moment.”

“We have to continue to give off our best in every game because our fans deserve that giving their unflinching support for the team.”

Hearts, fourth on the league table same points as Asante Kotoko but six points behind league leaders Wa All Stars are still in contention to win the league title with three games to end the season.