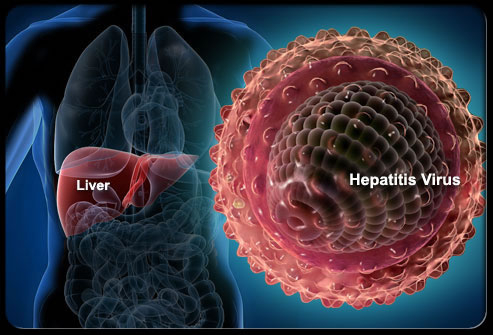 The Ghana Health Service (GHS) has identified the country as having a prevalence of chronic hepatitis B and C virus infections, which are the leading causes of death from infectious diseases globally.

GHS said on Wednesday that about 421 people died out of 117, 095 viral hepatitis cases between 2014 and 2018 in various health facilities across the country.

“Ghana belongs to areas where the prevalence of chronic hepatitis B infection is high (? 8 per cent) and that of hepatitis C virus is also high (5–10 per cent),” a statement, signed by the acting Director-General of the GHS, Dr Patrick Aboagye, and issued ahead of this year’s commemoration of World Hepatitis Day, on July 28, said

GHS also raised concerns over low public awareness and inaction on the part of duty bearers in the subject area.

It indicated that “Chronic hepatitis B and C virus infection is the second major killer infectious disease after tuberculosis and nine times more people are infected with Hepatitis than HIV. Deaths from hepatitis have been increasing over the past two decades, which points to a lack of global awareness and action among top decision-makers.”

In line with achieving universal health coverage by 2030, the GHS called for increased funding in the prevention, testing and treatment of Hepatitis to ensure elimination.

“Government needs to ensure that national Hepatitis testing, vaccination and treatment plans include dedicated funding and investments. The government should seek most accessible, affordable and quality medicines and diagnostics for viral hepatitis,” the statement urged.

It, however, entreated the general public to test for the infection to know their status and get vaccinated should they test negative for Hepatitis B.

Viral hepatitis — a group of infectious diseases known as hepatitis A, B, C, D, and E — affects millions of people worldwide, causing both acute (short-term) and chronic (long-term) liver disease.

Hepatitis B signs and symptoms may include abdominal pain, dark urine, fever, joint pain, loss of appetite, nausea and vomiting, weakness and fatigue, yellowing of skin and jaundice.

Hepatitis B infection is caused by the hepatitis B virus (HBV) and the virus is passed from person to person through blood, semen or other body fluids. It does not spread by sneezing or coughing.

The disease can spread through sexual contact, sharing of needles, accidental needle sticks and mother to child.

Pregnant women infected with HBV can pass the virus to their babies during childbirth, but the newborn can be vaccinated to avoid getting infected in almost all cases.

Viral hepatitis causes more than one million deaths each year. While deaths from tuberculosis and HIV have been declining, deaths from hepatitis are increasing.

World Hepatitis Day is an opportunity to learn the global burden of this disease, and efforts to combat viral hepatitis around the world, and actions individuals can take.

DISCLAIMER: The Views, Comments, Opinions, Contributions and Statements made by Readers and Contributors on this platform do not necessarily represent the views or policy of Multimedia Group Limited.
Tags:
Ghana Health Service
Hepatitis B