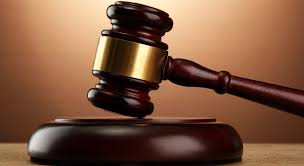 A Hohoe High Court will today Wednesday, January 6, hear a case against the National Democratic Congress (NDC) MP-elect for Buem Constituency, Mr Kofi Adams, and the Electoral Commission by some 13 residents from the Santrokofi, Akpafu, Lolobi and Likpe (SALL) enclave in the Oti Region.

The Petitioners have sued Mr Adams and the EC for excluding them from the December 7 Parliamentary election, which they described as unlawful and an infringement on their rights to vote.

Ghana News Agency can confirm the suit is among the line-up of cases for today with a strong team of lawyers for the petitioners and respondents waiting patiently for the start of proceedings.

They are therefore seeking an “order of perpetual injunction restraining Mr Kofi Adams from presenting himself to be sworn-in as MP-elect for Buem or holding himself as such”.

The petitioners are also seeking a cancellation of the December 7, parliamentary election organised by the EC in the Constituency, and have asked that a new one be conducted to include the 13 electoral areas which will allow them to cast their ballots.

Mr Kofi Adams was declared MP-elect for Buem Constituency by the EC after securing a total of 18,560 of the valid votes cast to beat Mr Lawrence Kwame Aziale of the New Patriotic Party (NPP) who polled 6,854 votes.

DISCLAIMER: The Views, Comments, Opinions, Contributions and Statements made by Readers and Contributors on this platform do not necessarily represent the views or policy of Multimedia Group Limited.
Tags:
Electoral Commission
Hohoe High Court
Kofi Adams