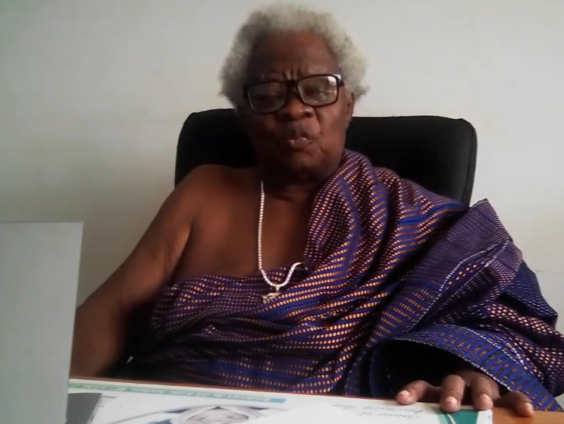 The leader of the separatist group in the Volta Region, Homeland Study Foundation is reported dead.

Charles Komi Kudzordzi, popularly known as Papavi is said to have died on Friday, October 15, at the Keta Government Hospital.

He is believed to be 88 years old.

Before his demise, Papavi and his group were demanding the secession of the erstwhile Western Togoland, which includes parts of the Oti and Volta regions as well as some parts of the North-East Region, from Ghana.

He was subsequently arrested for treason together with some of his members but later granted bail due to old age and health issues.

This was the second time members of the group had been arrested in a similar fashion.

According to the police, it gathered sufficient evidence including a constitution, national emblem and anthem prepared by the eight arrested persons and others for their supposed new country.

Charles Komi Kudzordzi’s trial had since been adjourned to October 22, 2021.

The late Papavi was not heard or seen in public until his demise last Friday.

In September 2020, the leadership of the group organized a riot and blocked two major roads at Juapong and attacked drivers at State Transport Corporation.

On September 25, the group dressed in Western Togoland T-shirts and armed with guns and cutlasses, went amok and blocked roads. They burnt lorry tyres in the middle of the roads and prevented people from accessing it as well as raided police stations at Mepe, Aveyime and other parts of the Volta region.

The incident was condemned by many including former President John Dramani Mahama and traditional chiefs.

Charles Kudzordzi aka Papavi following the incident called on government to step up investigations to fish out persons behind recent attacks on state installations and personnel in the Volta region.

About 31 people were earlier arrested and flown to the offices of the Bureau of National Investigations (BNI) office in Accra for questioning about happenings in the region.

Nene Kwaku Agblorm II aka Joshua Tawiah Agblorm, a traditional ruler, and 28 others were charged with conspiracy, Treason felony, to participate in a campaign of a prohibited organisation namely, Western Togoland, conspiracy to cause unlawful damage, rioting with weapons, and causing unlawful damage.

But the prosecution’s case was that Charles Kormi Kudzordzi popularly known as Papavi is the leader who had trained about 200 youth to take up arms to fight for their struggle.

DISCLAIMER: The Views, Comments, Opinions, Contributions and Statements made by Readers and Contributors on this platform do not necessarily represent the views or policy of Multimedia Group Limited.
Tags:
Charles Komi Kudzordzi
Homeland Study Foundation
papavi
Western Togoland Separatists