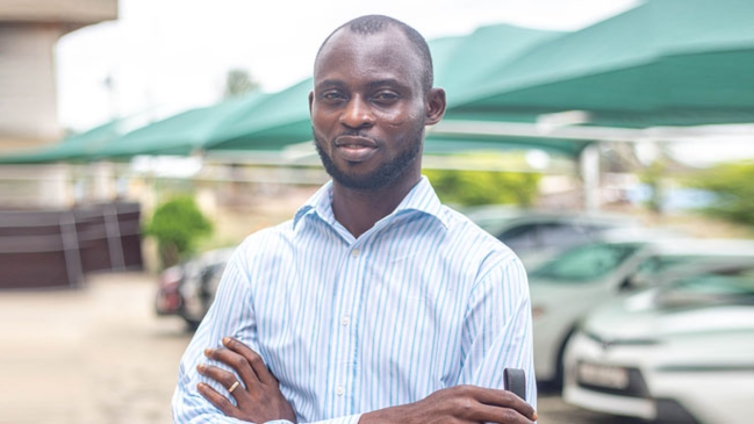 The Headquarters of the Church of Pentecost has employed the 36-year-old taxi driver who returned an amount of GH¢8,000 to a fishmonger who left her money in his car.

Kwesi Ackon, who is also a member of the church and fellowships at the Onyeametease Assembly in the Kokomlemle District, began work on Thursday, June 16 as a Driver Grade II for the church.

The announcement was made on the church’s website on Thursday, June 16.

Mr. Ackon expressed appreciation to the leadership of the church, particularly the Chairman, Apostle Eric Nyamekye, and the General Secretary, Apostle Alexander Nana Yaw Kumi-Larbi and thanked God for the opportunity granted him.

He noted that working at the Headquarters of the Church would further build his faith and Christian values.

The announcement on the Church’s website referred to a letter of employment signed by the Human Resource Manager, Elder Samuel Mantey Addo, which read “The Church of Pentecost Headquarters hereby offers you employment as Driver Grade II…”

The Taxi driver was praised by some members of the public last month after the video of him returning the cash went viral.

In a video published by Sir Alby on Twitter, three women, including the victim, had embraced the taxi driver while thanking him for returning the cash.

“We thank you, God,” one said. Another added, “We haven’t slept all night. We are grateful you returned it, Sir. Thank you very much.”

Vice-President, Dr Mahamudu Bawumia subsequently rewarded the taxi driver with an amount of GH¢20,000 for his integrity.

In an interview with The Fourth Estate after receiving his reward, Mr Ackon said the incident happened on Easter Saturday, April 16.

According to him, he pulled up at Mallam Atta Market in Accra New Town around 8:00pm, where a potential passenger had flagged him to a stop.

The trader wanted a taxi to Teshie, and after negotiating a fare of GH¢40, he began a trip to make sales to feed his wife and three children.

He noted that after ending another day, he was checking through his car when he found a cloth tied over something.

“The cloth was dirty, like a rag. It smelled of fish. I wanted to throw it away,” he said on Wednesday. But restrained by a bit of curiosity, he unwrapped it and found several notes. It was money.

“I didn’t count the money; I just knew I had to return it. So after worshipping at my church, on Easter Sunday, I drove to Teshie to give it back.”

Asked what pushed him to do it, he said his religion, Christianity, did not permit him to do otherwise.

“If you are a Christian, you should always differentiate yourself from non-Christians,” he told The Fourth Estate.

The Taxi-driver has since received cash donations from individuals and some organisations who were touched by his act of integrity.