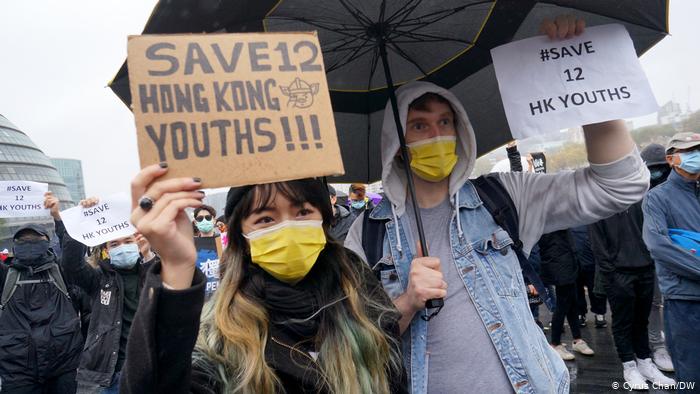 An activist who fled Hong Kong in November last year has confirmed that she was granted refugee status in Germany on October 14.

Elaine told DW that she was arrested for rioting and violating anti-mask rules in connection with last year’s anti-government protests in Hong Kong. Elaine, who was a university student in Hong Kong, said she fled the city because she feared its judicial system had come under increased pressure from Beijing.

She refused to give details of her flight to Germany, fearing it could have repercussions for her family and friends in Hong Kong.

“I am very grateful. I might have a chance now to support Hong Kong’s pro-democracy movement in a different way,” the activist told DW over the phone.

Elaine admits that fleeing Hong Kong was a difficult decision for her. “It took me a very long time to realize and accept the fact that I might never be able to go back to Hong Kong,” she said.

It’s not the first time Germany has given asylum to Hong Kong citizens. In 2018, German authorities granted two prominent activists, Ray Wong and Alan Li, refugee status. But Elaine was the first asylum applicant in Germany who is directly linked to last year’s anti-extradition law protests in Hong Kong.

“The National Security Law might be a reason behind the approval of her asylum,” Wong said.

Beijing’s new security law, which it imposed on Hong Kong in July, targets what authorities in mainland China define as secession, subversion, terrorism and collusion with foreign forces. Those violating the law could face up to life in prison.

It has drawn international condemnation for jeopardizing Hong Kong’s civil liberties enshrined under the “one country, two systems” framework, including freedom of speech and assembly.

The German Federal Office for Migration and Refugees (BAMF) told DW in an email that “the origin of a particular country or the membership of a particular ethnic group do not automatically lead to a certain form of protection.”

In a statement released on October 21, the Hong Kong government “expressed strong opposition to Germany’s move” to grant asylum to activists. It also said it “strongly objects to other jurisdictions harboring criminals under different pretexts.”

Many Hong Kong protesters facing political prosecution have chosen to seek refuge in Taiwan, the UK and the US.

Elaine said she chose to come to Germany because she believed the European country has handled the 2015 refugee crisis very well, and that it has a well-developed asylum system. “It turned out to be true. I was provided with accommodation, food and other basics like health care,” she said.

Elaine says the German government needs to simplify its asylum application process. The authorities took over 10 months to approve her application. During that time, she had to live in three different refugee facilities.

“Asylum seekers from Hong Kong should be able to choose the place of residency while waiting for the approval of their application,” the activist suggested.

Wong also urged Berlin to implement the “lifeboat” offer — a policy advocated by the UK-based NGO Hong Kong Watch to provide a pathway to citizenship for Hong Kong citizens. The campaign calls for governments to reform their study and work visa programs to make it easier for Hong Kong citizens to move abroad.

Gyde Jensen, chair of the German parliament’s human rights committee, said that Germany should follow the UK’s example in strengthening possibilities for Hong Kong citizens to come to Germany.

“Especially during its EU presidency, Germany needs to promote the rule of law, the protection of universal human rights and the ‘one country, two systems’ principle for Hong Kong,” she told DW.

In July, the UK government offered a pathway to citizenship for 3 million British National Overseas (BNO) passport holders and their dependents in Hong Kong, a move slammed by Hong Kong authorities.

Jensen said she had called for a special welcome program and suspension of visa fees for Hong Kong asylum-seekers.

Learning from other movements

Elaine says she has been following events at home closely. At the same time, she has started paying attention to global movements against authoritarianism.

“There are protests everywhere now. People demand better, fairer governance systems. They want better societies. I think it is important to learn from other movements, to know what has changed and what we can still do to achieve our goals in Hong Kong,” she said.