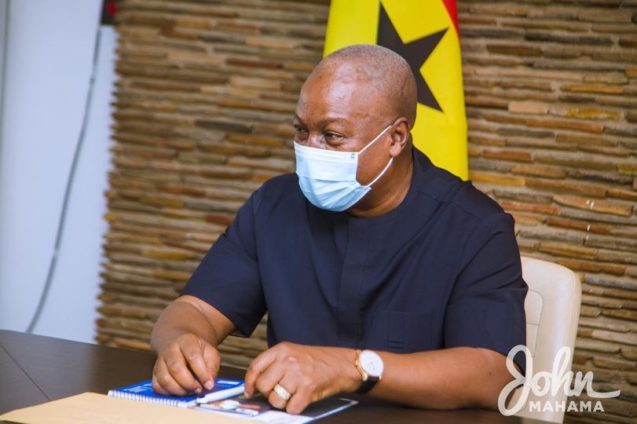 According to him, hospitals constructed by the NDC government in some parts of the country have not been completed over the past five years.

“There are hospitals in other regions that we were putting up and has also come to a standstill. In many places, the wind has blown off the roofs of the buildings, fire has burnt some of the buildings, it’s sad to see something like that,” he said in an interview with radio GBC whiles on a “Thank You” tour at the Upper East regional house of chiefs at Bolgatanga

He added that the second phase of the Bolgatanga Central Hospital in the Upper East Region has also stalled.

“..We were supposed to get equipment from Saudi Arabia to finish up so that we could utilize the first phase and we had also programmed the second phase that has come to a standstill over the last 5 years.”

According to the former President, leaving old projects to embark on new ones is a waste of the tax payer’s money.

“As I said during the campaign, it’s not my money, the money didn’t come from John Mahama’s pocket, it’s our money as a country and so when it goes to waste like that I think that it’s not something that is reasonable,” he said.

His assertion comes after President Akufo-Addo launched and broke grounds for the commencement of the Agenda 111 project which will see to the construction of 101 district hospitals, six regional hospitals and two new psychiatric hospitals across the country.

Mr. John Mahama said the construction of hospitals in the Agenda 111 project to revolutionize the health sector is an afterthought by the government.

“What most Ghanaians ask is that what have we done with this money? Looks like most of it has gone into consumption rather than into providing the kind of infrastructure that we need. It is only an afterthought that suddenly they realized that we must be doing some infrastructures so agenda 111 has been conjured,” he stressed

He further questioned government’s source of funds for the hospital projects.

“There is no transparency how the money is going to be procured and all that means there is going to be more borrowing when we already have a high level of debts hanging around the country’s neck,” he added.

DISCLAIMER: The Views, Comments, Opinions, Contributions and Statements made by Readers and Contributors on this platform do not necessarily represent the views or policy of Multimedia Group Limited.
Tags:
Agenda 111 project
John Mahama
NDC