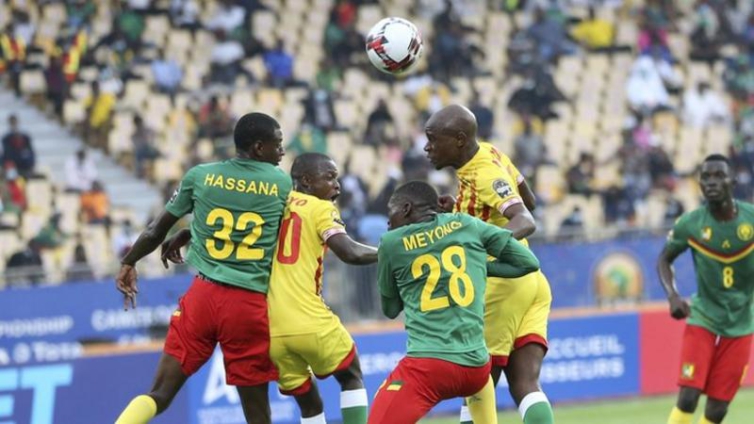 Hosts Cameroon got off to a perfect start at the African Nations Championship on Saturday when defeating Zimbabwe 1-0 in the opening match of the tournament.

A second-half goal by Salomon Banga was all the Indomitable Lions needed to see off the stubborn southern Africans at the Ahmadou Ahidjo Stadium in Yaounde.

But the Warriors were aided by the profligacy of the home side who had the Cotonsport Garaou defender to thank after he scored with an acrobatic kick on 72 minutes in the Group A match.

The Indomitable Lions could have won the match by a wider margin but goalkeeper Ariel Sibanda was alert to deny Jacques Zoua at the halfway stage of the first-half while Thierry Tchuente and Serge Andoulo also missed decent scoring opportunities.

The victory gives the home side the chance to settle well in the competition and correct some of the errors in their attack after they fluffed several scoring chances in the first-half.

Cameroon dominated the early exchanges but goalkeeper Sibanda was alert to thwart all the efforts of the home side, led by the experienced Zoua.

And when Tchuente outwitted his marker on 23 minutes to set up Zoua with a one-on-one chance with Sibanda, the goalkeeper stretched at full length to deny the former German Bundesliga player who previously played for Hamburg and Kaiserslautern.

Cameroon’s Alfred Meyong and Zoua continued to trouble the Zimbabwe defenders, but were not sharp enough at goal to keep the scores even.

Zimbabwe had a rare chance just before the break but Shadreck Nyahwa shot wide much to the relief of the supporters of the home side.

The two teams returned after the break determined to score and it was the hosts who continued to miss chances with Tchuente and Serge Andoulo the chief culprits.

The home fans continued to cheer the Lions until Banga gave them the lead. When goalkeeper Sibanda and Zimbabwe failed to clear in the box, the Cotonsport defender acrobatically hit the ball with his back facing the net to send the fans into raptures.

The home fans continued with their vociferous support but Zimbabwe defended in numbers.

Tchuente should have made it 2-0 for Cameroon with just six minutes remaining but he shot feebly into the waiting hands of Sibanda to leave the home side with a slim win.

The win marked a perfect start for the hosts who failed to win a game in their three games during the pre-CHAN tournament held over a week ago in Yaounde.

Zimbabwe also continued with their poor run of failing to win their opening matches in all their appearances at the CHAN competition, designed only for home-based players.

First, I would like to thank Zimbabwe team for having a good game.

I am satisfied with the three points acquired during this first day, because this is important for the start of each tournament. We will study Mali, our next opponent.

Cameroon and their coach are to be congratulated for the match achieved tonight at the start of the competition. We played against a good team which will certainly have a say in this CHAN.

This is not the end of the world. We will play two more games and we have every chance of securing a place in the quarterfinals. It’s up to us to study our mistakes and correct them before our next meeting against Burkina Faso.

DISCLAIMER: The Views, Comments, Opinions, Contributions and Statements made by Readers and Contributors on this platform do not necessarily represent the views or policy of Multimedia Group Limited.
Tags:
African Nations Championship
Cameroon
CHAN 2021
Zimbabwe