Hotline documentary: ‘I am injecting sanity into the fisheries sector to reduce illegalities in the sector’ – Mavis Hawa Koomson 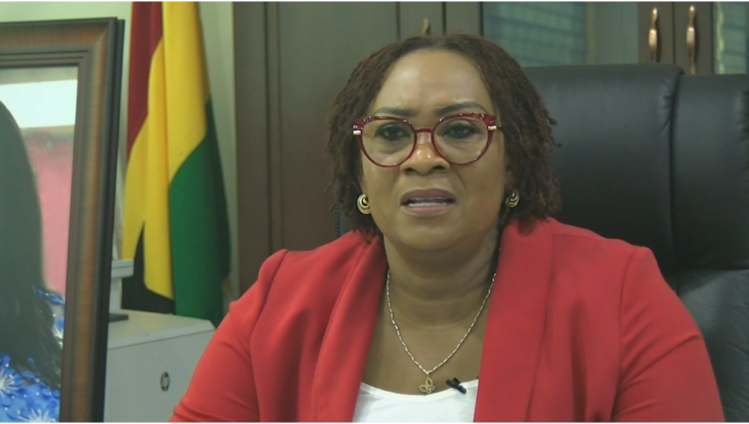 The Fisheries and Aquaculture Development Ministry says nothing will stop it from strictly enforcing the fisheries laws in order to deal with the illegalities in the sector.

Ghana imports 200 million dollars worth of fish to shore up its fish needs due to illegal, unregulated and unreported fishing practices.

The European Union Commission, leading the fight against illegal, unreported and unregulated (IUU) fishing worldwide, issued a warning (so-called yellow card) to the Republic of Ghana that it risks being identified as a non-cooperating country in the fight against the practice. The decision was based on various shortcomings in Ghana’s ability to comply with its duties under international law as flag, port, coastal or market State.

The identified shortcomings included illegal transshipments at sea of large quantities of undersized juvenile pelagic species between industrial trawl vessels and canoes in Ghanaian waters, deficiencies in the monitoring, control and surveillance of the fleet and a legal framework that is not aligned with the relevant international obligations Ghana has signed up to. The sanctions imposed by Ghana to vessels engaging in or supporting IUU fishing activities, according to EU commission, was not effective and not an adequate deterrent.

Following JoyNews’ documentary titled, ‘Saiko, When the last Fish is caught,’ the Ministry of Fisheries and Aquaculture Development headed by Madam Mavis Hawa Koomson, announced a ban on the activities of Saiko, the illegal transshipment of fish at sea.

In our latest hotline documentary, titled, ‘When the Last Fish is Caught’, Fisheries Minister, Mavis Hawa Koomson, reveals how she’s injecting sanity into the fishing industry to help recover the country’s fisheries resources.

The Minister indicated that barely a month when she took office, the European Union slapped Ghana with a ‘Yellow Card’.

“So, I called the EU Ambassador from Ghana and I asked her, my sister, what’s happening? How can I be slapped with such a punishment when I just took office barely a month ago? And she told me, ‘my sister, calm down, it was something that was there before you came, but you are to bear the cross and so, let’s see. So, we started working and I had to move from Ghana to the EU with the President to go and talk to them.”

According to the UN Food and Agriculture Organization, over 90% of Global fish populations are fished at or beyond sustainable levels.

Madam Mavis Hawa Koomson believes with the strict enforcement of the law and a strict sanction regime, Ghana could be out of the woods very soon.

“As we sit today, I have not had any complaint, not even from the artisanal fishers, that there has been any transshipment because I made it known to them that if we see or if you are caught doing transshipment, your vessel will leave the see immediately,” she stated.

The hotline documentary airs on Monday at 8:30am on the Super Morning Show  on Joy FM and on your JoyNews Channel at 8:30 PM.

DISCLAIMER: The Views, Comments, Opinions, Contributions and Statements made by Readers and Contributors on this platform do not necessarily represent the views or policy of Multimedia Group Limited.
Tags:
JoyNews hotline documentary
Mavis Hawa Koomson
Ministry of Fisheries and Aquaculture Development (MoFAD)