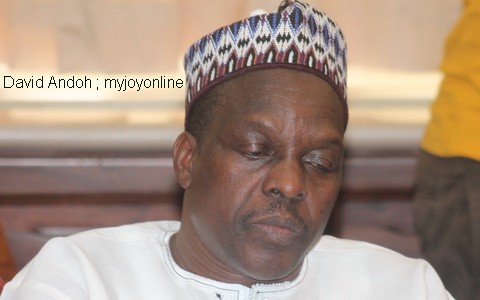 Majority Leader in Parliament, Alban Sumana Kingsford Bagbin, was Thursday rushed to the hospital after suddenly falling ill on the floor of the House.

Mr Muntaka said the Majority Leader was feeling dizzy while in Parliament and had to be rushed to the hospital.

He, however, said there was no cause for alarm since Mr Bagbin had been attended to by doctors and he was doing well.

He was confident Mr Bagbin would soon be discharged.

Mr Bagbin was sworn in Wednesday as Majority Leader after his predecessor, Mr Benjamin Kumbuor, was appointed Minister of Defence.