How about Independence Day being a fundraising event to support key government policies? 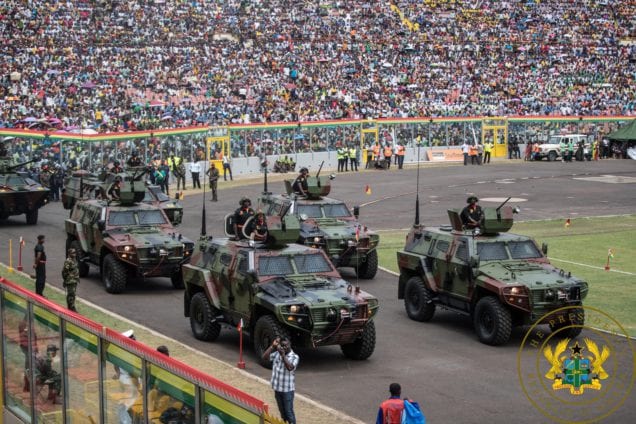 The Independence Day celebration could be used as a national day for fundraising to fund yearly independence projects, instead of a fully hype political platform.

Ghana as a country was declared free on 6th March 1957 by the first black president of Ghana, Dr Kwame Nkrumah. Since the declaration of “Ghana your beloved country is free forever”, we have been free to choose our leaders, manage our own resources and to take full charge of the administration of our dear country.

Past and present presidents of the republic have always tried to keep the historical day a memorable way by organizing Independence day parade.  Bringing students from both private and public institutions together to match to mark the historic day at the various regional, municipals and district capitals and addressed by senior government officials.

But the president flagged by ministers, ambassadors, Members of Parliament, former presidents and first ladies, the diplomatic community and above all an invited guest of honour or a guest speaker.

My concern is that, is that the only way we can celebrate the day?
What has been the significant impact of the Independence parade?

We as a country need to look at the way we celebrate the day.
Celebration of Independence day should not be a political hyped platform that the sitting government will see it as a campaign platform and an avenue to bring their political party members together to waste state resources.

Independence Day celebration is seen as a party grounds for the ruling party, where state resources are used to cater to them. We spend a huge amount of monies in catering for the invited guests from other countries, schools that are invited are taken care of while some schools are still operating under trees, others lack furniture and others don’t get access to portable drinking water.

1. Future governments should try as much as possible to cancel the needles Independence day parade and instead channel resources that would have been used into key national development areas.

2. It should be used as a day of National donation/fundraising to help to execute a project. This means that a previous year’s project must ready to commission on the next independence day.

4. Government should use it as a history teaching day. Lectures should, therefore, be organized and seasoned historians and political scientist be made to give speeches.

Independence Day should be used as a national fundraising day to help raise resources to execute developmental projects instead of borrowing for parties.

It is not logical for us to spend money celebrating a day that brings absolutely nothing to the general public. The day can be marked in a different way without using the state’s resources to finance it.

We can vary the style of celebration and not necessarily spending money from government coffers.

I remain a citizen

DISCLAIMER: The Views, Comments, Opinions, Contributions and Statements made by Readers and Contributors on this platform do not necessarily represent the views or policy of Multimedia Group Limited.
Tags:
63rd Independence day