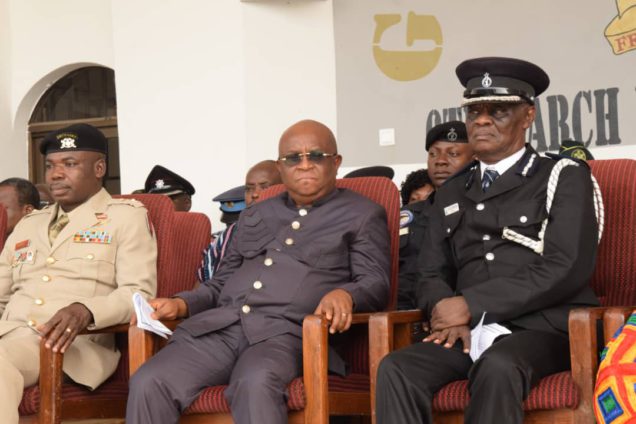 The Volta Region Coordinating Council (VRCC) has described as misleading, reports suggesting that the national flag was missing at the celebration of the 63rd Independence Day at the capital, Ho on Friday.

According to the Public Relations outfit of the RCC, the report, which was originally published by the Ghana News Agency (GNA), is inaccurate.

The state news agency had reported that there was virtually no sign of celebration of independence anniversary in the regional capital apart from security services, selected schools and some heads of institutions who gathered at the Jubilee Park for independence parade.

However, the RCC in its statement issued Saturday, March 7, 2020, has discounted the report.

“…we would like to state for the records without any shred of doubt that a good number of Ghana flags were hoisted at various vantage points within the Volta regional capital and on the parade ground at Jubilee Park, Ho yesterday as early as 7:30 a.m. and were only removed long after the programme had ended,” it said.

It explained that the commemoration of national independence across the country over the years, has always been held at a central converging point “where everyone including our Security Agencies, School Children, Heads of Department, Market Women and Opinion Leaders amongst many others gather to commemorate our independence from British Colonial rule some 63 years ago.”

“We also used such opportunities to take stock of our achievements during the previous years and also plan ahead as one people with a common destiny by dwelling on the things that unite and bring us together.  Therefore, what took place at the Jubilee Park in Ho yesterday was not an exception and for a media outlet of such repute to carry out misleading.”

“We would like to end by saying that, the Independence Day Celebration within the region was very successful and that, there were Ghana flags hoisted at the parade grounds and other vantage points within the Ho Municipality which were visible to everyone present at the event, including members of the media fraternity,” the statement concluded.

DISCLAIMER: The Views, Comments, Opinions, Contributions and Statements made by Readers and Contributors on this platform do not necessarily represent the views or policy of Multimedia Group Limited.
Tags:
63rd Independence day
Ghana flag
Missing
Volta Region