How Catholic Bishops pushed for a U.S. Shutdown over birth control 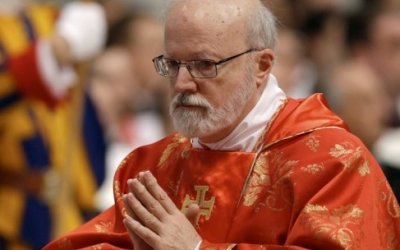 On the matter of the government shutdown that took effect October 1, it seems the United States Conference of Catholic Bishops (USCCB) would have it both ways: for and against.

The bishops want to be on the record as champions of health care for the masses, food for the hungry, and shelter for the homeless—things the government, when operational, helps to provide. But they’re happy to block access to such services for those in need of them unless Congress agrees to block women of all faiths or none, on the whim of an employer, from receiving prescription birth control as part of the preventive care benefit in the Affordable Care Act (ACA).

If that doesn’t work, they wouldn’t mind seeing the global economy brought to its knees for the sake of making the most effective forms of contraception more difficult for women to obtain.

Here might be a fitting place to note that women are barred from leadership in the Roman Catholic Church, an act of discrimination that other Christian denominations long ago abandoned. No cardinal was ever made to interrupt his education for an unplanned pregnancy; no bishop ever endured the pain, blood and terror of a life-threatening labor. But I digress.

Late last month, as a legislative impasse incited by Tea Party-allied Sen. Ted Cruz (R-TX), between the U.S. Senate and House of Representatives brought the government within just days of a shutdown, the bishops weighed in. The House, effectively controlled by the GOP’s Tea Party faction, had already gone one round with the Senate, demanding that a routine continuing resolution (CR)—a means of funding the government in the absence of a budget—include a measure that would revoke funding for implementation of the ACA, a measure the Democratic-controlled Senate predictably rejected.

Although both the House and Senate have passed budgets for the operation of the federal government, the House leadership has refused to name members to a conference committee, which is necessary to reconcile the two budget bills. Hence the need for a CR.

In a letter dated September 26, Archbishop Seán Cardinal O’Malley of Boston and Archbishop William E. Lori of Baltimore prevailed upon members of Congress to attach to the next version of the CR measures that would allow private employers, as well as large church-affiliated institutions such as hospitals and universities, to be exempted from a part of the Affordable Care Act that requires that all insurance plans cover prescription contraception without a co-pay. (Houses of worship are exempt from this regulation, but church-affiliated institutions that serve a secular purpose are not.)

The letter was sent under the aegis of the USCCB (also known as the bishops’ lobby), and signed by O’Malley and Lori in their capacities as respective chairmen of the lobby’s Committee on Pro-Life Activities and Ad Hoc Committee on Religious Liberty.

Legislation titled the Health Care Conscience Rights Act (H.R. 940/S. 1204), crafted to the bishops’ specifications, was introduced in both chambers of Congress in March, only to languish in committee. (A similar bill, H.R. 1179, introduced in March 2011, died in committee.) And even earlier efforts to include such a ban on contraceptive coverage in the Affordable Care Act also failed.

“As Congress considers a Continuing Resolution and a debt ceiling bill in the days to come, we reaffirm the vital importance of incorporating the policy of this bill into such “must-pass” legislation,” wrote Lori and O’Malley in their September letter. (Emphasis theirs.)

When it comes to Congress, the lobbyists of the USCCB know their stuff—meaning they knew that such a maneuver would likely bring about a government shutdown. If poor babies went hungry because the Supplemental Nutrition Program for Women, Infants and Children (WIC) closed down, so be it. If poor children were locked out of their Head Start classrooms, that was apparently deemed a small price to pay to make a stand against allowing people to plan their families.

Around the same time as the bishops wrote their missive, a group of 72 House members, led by Rep. Joe Pitts (R-PA), signed a letter demanding the same of House Speaker John Boehner. If Pitts’s name sounds familiar, you may recall it was he who, with former Rep. Bart Stupak (D-OH), tried to derail the Affordable Care Act’s passage through Congress as they danced to the bishops’ tune in opposition to provisions for reproductive health care, most notably, insurance coverage for abortion.

As the Affordable Care Act took shape in March 2010, the administration reached agreement with Stupak and his allies that an amendment that ostensibly prevents federal funding of abortion through government exchanges. This amendment was widely seen as unnecessary because federal funding of abortion is already prohibited, but at the same time counted as “subsidies for abortion” any federal dollar anywhere in the system irrespective of the coverage for which it was granted.

As a result, the right has used the Stupak amendment to effectively eliminate insurance coverage of safe abortion care from all forms of health insurance, though prior to the passage of the Affordable Care Act, abortion care was covered under the majority of insurance policies. Now those purchasing insurance on an exchange must add a special abortion “rider” to their health plan for which they pay out of their own pockets. (In reality, such riders don’t actually exist.)

The agreement irked both pro-choice and anti-choice activists, though for different reasons. Still, anti-choice forces contend, falsely, to this day that federal dollars are being spent on abortion coverage, as does the legislation referenced in the bishops’ letter. The bishops and their agents in Congress are also aware that few Americans agree with their opposition to birth control, so they also seek to paint the forms of prescription contraception available through the Affordable Care Act’s preventive care provisions as abortifacients, even though science shows otherwise.

As the Department of Health and Human Services (HHS) began hammering out the regulations for implementing the Affordable Care Act in 2011, the USCCB undertook a counter-initiative in their newly-formed Ad Hoc Committee for Religious Liberty, under the leadership of Archbishop Lori. Feeding off the language and flavor of the Tea Party movement that was organized in opposition to health-care reform as the legislation made its way through Congress, Lori’s committee went on to launch a campaign titled Fortnight for Freedom, beginning on the Feast of St. Thomas More (a Catholic martyr) and ending on Independence day—in the heat of the presidential campaign.

No longer was the emphasis on the alleged moral evil of contraception; it was now on an ostensible threat the bishops claimed was being made to the religious liberty of Catholics by the Obama administration. No matter the campaign was a dud among rank-and-file Catholics; it injected the bishops’ anti-Obama message into the 2012 election. Republican presidential nominee Mitt Romney even made an ad featuring images of the late Pope John Paul II that accused Obama of “waging war on religion.”

In their rhetoric, the bishops turned the meaning of the First Amendment’s religious liberty protection on its head, essentially claiming a right for Catholic employers—even private individuals who own wholly secular businesses—to impose their religious beliefs on their employees by depriving them of any health-care coverage that runs counter to the Catholic church’s misogynistic teachings.

More than 70 lawsuits, launched by religious institutions and private businesses, have been filed challenging the contraception mandate under much the same logic as that employed by the bishops. Among those that have gotten the most attention is the suit launched by Hobby Lobby, a chain of crafts supply shops whose evangelical Protestant owners are challenging the mandate not because they oppose contraception per se, but because they claim the methods covered under the Affordable Care Act, such as the IUD and emergency contraception, are abortifacients. (They are not.)

In 2012 and early this year, the Obama administration made an accommodation in the regulations for Catholic-affiliated institutions, and similar institutions affiliated with other religions, that mandates insurance companies to pay for the benefit, which is not subject to a deductible or a patient co-payment, rather than the employer offering the plan. When the regulations were finalized earlier this year, the bishops were livid.

At a forum at the Archdiocese of Philadelphia in June, Sarah Posner reported for The American Prospect that Rep. Joe Pitts touted the Health Care Conscience Right Act, saying, according to Posner, “that [House] Majority Leader Eric Cantor (R-VA) was receptive to a plan to attach the bill to a ‘must-pass’ piece of legislation like a continuing resolution for appropriations or raising the debt ceiling limit.” Joining Pitts in addressing the forum, titled “Fight to Preserve Religious Liberty,” were, according to Posner, Rep. Diane Black (R-TN), the bill’s sponsor in the House, and Rep. Chris Smith (R-NJ), whose entire congressional career revolves around his opposition to reproductive rights.

On Saturday, September 28, the Republican-controlled House attached to a revised continuing resolution an amendment that would have delayed by a year the implementation of the contraception mandate—as well as a number of other preventative care benefits for women, such as screenings for the HPV virus, counseling for domestic violence victims and breast-feeding supplies. Perhaps it wasn’t everything the bishops were looking for, but apparently enough to make their point.

Two days later, members of Congress received another letter from the bishops’ lobby, this one signed by Bishop Stephen E. Blaire of Stockton, CA; Archbishop José H. Gomez of Los Angeles, and Bishop Richard E. Pates of Des Moines. The prelates stated their concern for the record high rates of poverty in the U.S., the one in five children who are poor, and the 49 million Americans who experienced food insecurity over the last year.

They called on Congress to pass a just budget and an immigration bill. They expressed concern for the future of health care. Then they added: “As Cardinal O’Malley and Archbishop Lori explain in their September 26 letter, access to health care may also be compromised by recent threats to conscience rights in health care.”

It was a threat repeated, its essence this: Drop the contraception benefit mandate, and nobody gets hurt. But if you don’t, don’t blame us for what happens next.

As expected, Senate Majority Leader Harry Reid, seeing as how the anti-contraception measure had nothing to do with funding current government operations, stripped out the amendment, sent the bill back to the House, and, with the deadline having passed for the enactment of a continuing resolution by both chambers, the government shut down.

As it looks now, the government will reopen if and when the House passes a continuing resolution that does no more than what a continuing resolution is meant to do: keep government operations running. For their part, the bishops will likely be back with more demands when, in less than two weeks, it’s time to raise the debt ceiling, with the fate of the global economy hanging in the balance.