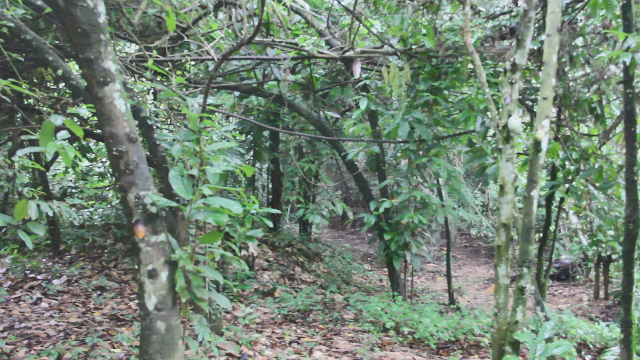 Cocoa smuggling looms in the Volta Region as women in cocoa farming accuse Ghana Cocoa Board (COCOBOD) of delay in payment for their produce.

The women have resorted to dealing with smugglers in order to take care of their families.

Smuggling of cocoa in some parts of the Volta and Oti Regions, has become an option for some female cocoa farmers because of the inability of the COCOBOD to pay them in time, for the cocoa beans purchased from them.

According to these women who are mostly widows and single mothers, it has been very difficult taking care of their families due to locked-up funds from the sale of the cocoa beans at COCOBOD.

The women also complained of having to pay so much to laborers to weed or take care of their farms as they are unable to mostly do it by themselves, due to other domestic chores that need to be taken care of.

They also complained of lack of available fertilizers as well as other equipment needed on their farms, to yield the required results, a situation they say is hampering effective farming more especially, where there are more men in the cocoa farming business than the women.

The women, have been presented with many challenges that have prevented them from independently owning or managing land. They lack tools and inputs, extension services and technical advice, credit logistics, relevant research and appropriate infrastructure and technology.

With these many challenges faced by women in cocoa farming, they still keep doing their best to make sure they support their families and husbands financially.

Auntie Vivian, who is a single mother said, she inherited the farm from her mother and has been farming for the past 20 years, despite the many challenges as a farmer.

“I single-handedly saw my children through school even to the tertiary institution just with farming even though there are challenges,“ she lamented.

Mama Doris, a 50-year-old farmer in Lolobi, complained about unavailability of lands for the women to farm, as many of the lands are taken by the men in the families and irrespective of the hard work she puts into her daily farming routines, she does not own the piece of land she farms on.

She shares in that problem with other female farmers who have not been able to increase their productions because they do not have lands of their own.

These women cannot even afford to hire tractors for ploughing of their lands, a situation they said is very worrying as they are still expected to do more in helping their families and the communities.

The women, who also venture into other crops, say the situation is getting worse and pray that something urgent is done about it as they have a hard time feeding and educating their children.

Even in some instances, the men wish that the women are less successful in the farming business just because, they are women and are rather expected to sit home and take care of the men and the children.

Sadly, agriculture productivity suffers as they are less likely to invest in improving the land.

If organisations like the SOLIDARIDAD, organisers of the ‘MASO Youth’ in cocoa and other organisations with focus on agriculture especially cocoa, can help the women, productivity in the farms could become high and results, amazing.

COCOBOD which has, however, denied the allegation, should be able to pay the farmers on time so as to avoid smuggling cocoa beans and also to improve productivity on the farms.

MCE for Hohoe, Andrew Teddy Ofori, however, calls for a collaboration between the farmers and the COCOBOD, for an effective cocoa farming.