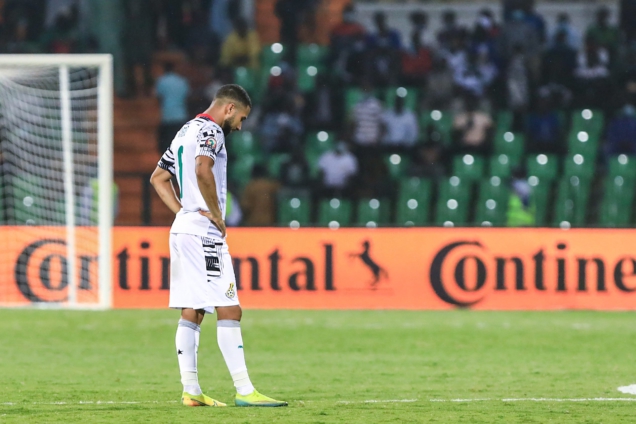 Daniel-Kofi Kyereh has become a popular name on the lips of Ghanaian football lovers following the midfielder’s impressive turnouts for St. Pauli since returning from the 2021 Africa Cup of Nations.

The midfield dynamo’s name has generated lots of talking points after his spirited performance in Ghana’s final game AFCON against Comoros and with his outstanding displays for the German club, he commands lots of engagements when his picture appears on social media making him a fans’ favourite at the moment ahead of some of the heavyweights in the current Black Stars set-up.

Despite starting just two games in Ghana’s worst AFCON appearance, the 26-year-old was regarded by many as one of just a few to have truly represented the country at the continental showpiece.

Kyereh may be enjoying the limelight at the moment but the player’s journey to getting to the twilight of his career was not always a smooth journey.

Joy Sports’ Kweku Lawrence takes a look at the progress the St. Pauli attacking midfielder has made since the beginning of his career.

Born to a German father and a Ghanaian mother in Accra, the 26-year-old moved to Germany with his parents at a very tender age.

At age 16, Bundesliga side, Wolfsburg picked him up from Eintracht Braunschweig. Kyereh was given a chance in the team’s Under-17 team but persistent injuries meant he received limited playing at the U-17 level. Despite the setbacks, he was promoted to the U-19 side and played alongside Borussia Dortmund’s Julian Brandt.

A threatening injury left the player with uncertainties about his playing career. Kyereh was released by Wolfsburg after tearing his cruciate knee ligaments.

TSV Havelse, who play in Germany’s fourth tier signed up Kyereh after he recovered from his injury. The Ghanaian’s first season at Havelse was not the very best as he continued to battle with the after-effects of his long-term injury. He, however, regained momentum after fully recovering. During his three years with the club, the player was involved in 28 goals in 65 appearances across all competitions.

In 29 games during the 2017/18 campaign, Kyereh found the back of the 11 times and left Havelse to Wehen Wiesbaden in the country’s third division.

Wiesbaden also proved a good platform for the versatile midfielder as he was heavily involved at the club. Kyereh scored 15 goals en route to the club gaining promotion to the Bundesliga 2, scoring two more in the promotion play-off victory over Ingolstadt in the 2018/19 season.

In his maiden campaign in the second tier with Wiesbaden, Kyereh scored six times and assisted on four occasions as the club finished 17th and suffered relegation back to the Liga 3.

However, with his contract expiring at the end of that season, Kyereh was signed up on a free transfer by St. Pauli in the summer of 2020 after the club was impressed with his individual performance.

Kyereh contributed to 16 league goals in 34 games for St. Pauli in his debut season, with the club ending the season in 10th position.

In the 2021/22 season, the midfielder has continued his fine form for the club and has already been involved in 21 goals across all competitions including scoring 10 and providing nine assists in the league.

Kyereh is championing St. Pauli’s push for promotion to the German top-flight. Since making his official debut for St. Pauli, the 26-year-old has scored 20 goals and provided 20 assists in 62 games for the ‘Kiezkickers’ (Neighbourhood Kickers).

The midfielder’s incredible performances for his club saw him earn a debut call-up for the Black Stars last year, featuring against Ethiopia on September 3, in a FIFA World Cup qualifier. He has also gone on to make a further seven appearances for the country since then, including playing in all three of Ghana’s group games at the 2021 AFCON.

With red hot form before the international break, Kyereh is named in Ghana’s play-off squad to face Nigeria in a double-header for a spot in Qatar later this year.