How long could we live?

The oldest verified person to date was Jeanne Calment of France, who died in 1997 aged 122.

Now scientists in the United States believe drugs could be on the horizon that delay the diseases of old age and increase the healthy years of life.

But could such treatments also mean we live longer?

Undoubtedly, according to Aubrey de Grey, a biomedical gerontologist and probably the world's leading advocate of life extension – the belief that medical advances will enable humans to live for hundreds of years.

He has ploughed millions of pounds of his own money into ageing research, and is chief science officer of the SENS Research Foundation, which has laboratories in Silicon Valley, California.

He told me: "I've yet to meet someone who wants to get Alzheimer's – ill health as a result of ageing is the biggest problem facing the world."

He believes medicine is close to solving the problem: "There will certainly be no limit on how long people might live when we bring ageing under control.

"People will still die – there are still trucks to be hit by – but the fact is people will on average live much longer unless some bizarre thing happens like we get hit by an asteroid." 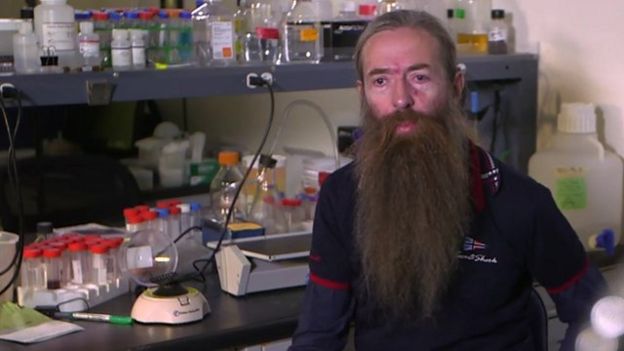 The idea that ageing can be vanquished is a minority view.

But if there is anywhere in the world that it could gain ground, it is Silicon Valley.

The billionaire tech entrepreneurs there are used to thinking outside the box and challenging accepted wisdom.

In 2013 Google set up Calico, the California Life Company, whose mission is to "enable people to live longer and healthier lives".

Calico does not court publicity for its research and is based in an anonymous building, without even so much as a nameplate.

In 2016 Facebook founder Mark Zuckerberg vowed to "cure, prevent or manage all disease" by the end of the century.

Laura Deming, a venture capitalist in California, set up the Longevity Fund, which invests in companies trying to solve the problems associated with ageing.

She told me: "Silicon Valley is driven by curiosity – the same curiosity that drives a 14-year-old to programme computers in their bedroom, drives someone in their 20s and 30s to apply their minds and cash to what makes us age and die and what can we do about it to reverse the process."

But it gets harder as you climb the evolutionary ladder.

Prof Gordon Lithgow of the Buck Institute for Research on Aging runs a lab that studies how to lengthen life in microscopic worms and in human cell cultures.

He told me: "Ageing is really plastic in simple lab organisms – we can increase lifespan by 500%.

"In more complex animals like the mouse we've been able to increase lifespan by 20-30% but we don't know what's possible in humans."

The Buck Institute regards speculation about increasing longevity as a distraction from its main goal – to enable more of us to live a healthy old age.

Of course, we should not expect medicine to solve all our health problems but try to meet science halfway.

There are things we can already do to increase our chances of a healthy old age.

Near the top of any to-do list is exercise – if it were a drug it would be a blockbuster medicine.

All the superagers I met had some physical activity they enjoyed.

The Sun City Poms in Arizona perform acrobatic dance routines and have a parade marching unit.

Peggy Parsons, 76, told me: "I ache every morning, but when you march you forget about it – the more exercise I do, the better I feel."

Ginger Price, 84, said: "I love the Poms – it keeps me physically active and keeps my brain working. You have to learn the dance routines and that helps my memory."

Keeping the mind active is vital: this can build "cognitive reserve" and reduce the chances of developing dementia.

A balanced diet will also help.

There is no guaranteed formula for a healthy old age but follow that advice and you too might become a superager.