How men actually fall in love, according to science 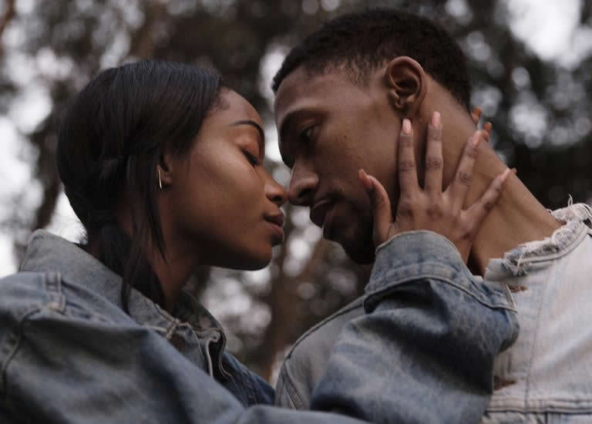 I don’t remember the first time my boyfriend told me he loved me. I do, however, have a very clear memory of one particular afternoon when we’d been dating about six months. On that day, he looked deep into my eyes, pulled me close, and whispered, “I think I’m really falling in love with you.”

I burst out laughing because he’d been telling me he loved me for months already — and I’d been saying it back for just as long. “What do you mean, you think you’re falling in love with me?” I said with mock incredulity. “I already know you love me. And I love you, too.”

He looked sheepish and clumsily tried to explain: maybe, he said, he was just falling in love with me on another, deeper level. I kissed him so he’d stop talking. I still tease him about it — but part of me has always been a little puzzled, too.

What did he mean, he was falling in love on another level? Didn’t he already love me? WTF?

Turns out, science might have the answer. For one thing, contrary to popular belief, it seems that men actually fall in love faster than women do. So that sexist cliché of a woman falling head-over-heels on the first date, imagining her name together with her crush, and desperately chasing a noncommittal man isn’t only outdated, it’s wrong.

A 2010 study published in the Journal of Social Psychology found that men reported not only falling in love faster but saying “I love you” sooner than women did. The study surveyed 172 college students, and psychologist Marissa Harrison, who co-authored it, said the results were surprising to the participants.

“Women are assumed to be emotional; sometimes overly so, or rash,” she told Broadly.

“Both men and women in our study presumed that women would fall in love and say “I love you” faster than men.”

But psychologist Neil Lamont said he didn’t find the results surprising at all.

“Meaningful relating is as important to men as it is to women. And while societal and cultural norms may have dictated that men should be strong and resilient, the reality is [that] a well-lived life for men will typically involve deep and meaningful, loving relationships.”

Chemicals and pheromones, oh my!

When men fall in love — and women too, for that matter — their brains are flooded with feel-good chemicals: namely, dopamine, norepinephrine, phenylethylamine, oxytocin, and for men, testosterone. A man who gets moony over you right off that bat is under the influence of strong hormones, which are kicked off by your pheromones – the chemicals we give off in order to attract mates.

There’s good reason for men to fall in love faster, and thus fall under the spell of these chemicals: it’s evolution. Harrison explains why women might be slower to get starry-eyed.

“I think women unconsciously postpone love compared to men. Women have a lot more to lose reproductively by committing to the wrong man. They are born with a finite number of eggs, yet men produce millions of sperm on a daily basis.”

In other words, women have to be a lot more careful who they mate with than men do.

“If women commit to and get pregnant by an unworthy mate [with] no help rearing a child, that would be very costly, time- and resource-wise.”

But before you get too comfortable, consider this: while men might fall in love quicker, they tend to fall out of love faster, too. Psychologist Ingrid Collins says that in her experience, “men are far more inclined to get fired up about a mate, but are also more likely to look around more.”

This makes sense when you consider that the male of the species is typically the hunter, continuing to prowl around while the female rears the young. And Lamont says that men may say “I love you” sooner because in general, they’re more likely to be risk-takers.

“Revealing to your significant other that you love them risks vulnerability, because we can never be entirely sure they feel the same,” he explains.

Since men are taught to be domineering and assertive, they may feel more comfortable taking that leap. Just remember that he’s probably going to continue to look around, and those early sparks of love may end up being just a flash in the pan.

Ticking the boxes: intimacy, laughter, and meeting each other’s needs.

So, what makes an initial rush of love turn into something that’s likely to last a lifetime? Researchers say it’s a combination of factors.

One of those is intimacy. While some may brush sexual attraction off as unimportant in the long run, Dr. Helen Fisher, an anthropologist who studies romance and relationships, says it’s vital to helping people fall — and stay — in love.

“When you have orgasm, you get a real flood of oxytocin and vasopressin. And these are the basic bodily and brain systems for attachment,” explained Dr. Fisher on a recent episode of the On Being podcast.

So, if you continue to get intimate, you’ll keep upping that level of attachment — which might keep your hunter from prowling around for another mate.

Being intimate is not the only ingredient in lasting love. Men, just like women, also want to feel supported and understood. Fisher, who works with Match.com as an analyst, says men and women are essentially looking for the same things we are.

So, when my boyfriend said he was falling deeper in love with me, even though he’d already said those three little words long before, it probably meant that although we’d had an instant attraction and fallen in love fast and hard, the subsequent months we spent making each other laugh, confiding in each other, and getting down and dirty together cemented our bond even further, making his love stronger.