How Tina Turner paved the way for Beyoncé 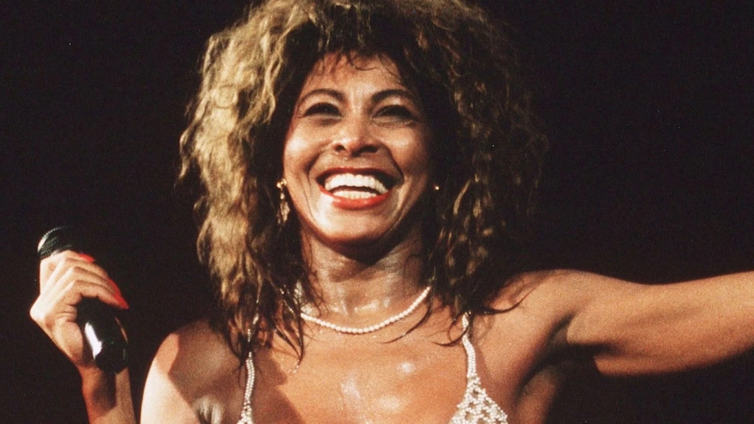 After six decades in entertainment, Tina Turner has had more than enough of the spotlight. The raspy-voiced singer has achieved her goal of becoming a rock & roll superstar that could sell out stadiums and arenas around the world, but she just couldn’t seem to get past mainstream media and the general public’s desire to constantly dwell on her past.

Turner, 81, herself is still trying to shed the remnants of that trauma she’s experienced her entire life. Her HBO documentary, Tina, premiering on March 27, is the veteran entertainer’s official encore for her beloved fans as she closes the curtain to show business for good.

The music doc explores the chart-topping contralto behind singles like “What’s Love Got to Do With It,” “Better Be Good to Me,” “We Don’t Need Another Hero (Thunderdome),” “Typical Male,” “The Best,” and “I Don’t Wanna Fight” defying an overtly racist, sexist and ageist music business in the 1980s to achieve MTV-era commercial success.

“She gave us her honesty and vulnerability to reveal that kind of stuff to us,” Lindsay says. “Tina has a much more complicated, very different relationship with her own narrative than we as the public do. The public saw her as a survivor and symbol of strength and resilience, but just talking about that time in her life could bring up dreams where it feels as real to her as if it’s happening for the first time.”

“We wanted to create an experience for people,” Martin, also Tina’s co-editor, offers. “It affects the notion of not being afraid to lean into the film for some truths and hardships people face. By not being truthful and honest with stories, you’re doing a disservice to the subject and the audience.”

When Lindsay and Martin first met Turner in 2019, they flew to her Zurich estate for the first of numerous trips. The I, Tina author was writing her second memoir, That’s My Life, and a self-help book, Happiness Becomes You: A Guide To Changing Your Life for Good, set to publish the following year. The Rock & Roll Hall of Fame inductee also had a Broadway production, Tina: The Tina Turner Musical.

Turner, currently a Rock Hall nominee as a solo artist, wondered what the Lost Cup and Undefeated directors could possibly make a feature-length documentary about since her 1993 biopic starring Bassett, What’s Love Got to Do With It, was already a blockbuster success.

Lindsay and Martin emphasized to Turner that they wanted Tina to give more visual nuance to what fans already knew of her personal life. The pair also wanted to introduce younger generations to her electrifying stage presence that was light years ahead of Beyoncé.

“Our process is always to approach things from a place of genuine curiosity and empathy,” Lindsay maintains. “We were very upfront with her about what we’re really interested in.”

“Once we started thinking about the story and compartmentalizing it, the visual grammar of the film started to make more sense to us. Once we dove in a bit more and learned about the epic circumstances of her ongoing narrative, we knew we could make a real film,” Martin adds.

Production on Tina was a full-circle moment for Martin, who was born biracial in Seattle. He would tag along with his mother, a Black lead singer of a punk band, as a young kid in the early ‘80s. His mom, coincidentally named Tina, went onstage in leather skirts, makeup and spiky hair similar to the Private Dancer and Break Every Rule recording artist.

“Men would hit on her and say, ‘Hey, Tina Turner!’” Martin remembers. “It was powerful because Tina Turner was the only woman of color they could associate with being a rock artist, and I was wondering who Tina Turner was.”

The coronavirus pandemic disrupted Tina’s production schedule, but Lindsay and Martin continued working on the film from their homes. The surge of protests and marches against police brutality against unarmed Black and brown people sparked renewed interest in their unflinching 2017 documentary on the post-Rodney King riots, LA 92.

Lindsay and Martin were doing additional press interviews for LA 92 while Tina was in post-production. “It’s always a trip when the world is in real time facing itself in the mirror,” Martin explains. “We were inherently pulled in two directions because half of the reason we make films is to create a space for the world to look at itself, hopefully in an honest manner.”

Tina made its world premiere at the Berlin Film Festival earlier this month. It’s the first time in the filmmakers’ careers they haven’t been able to catch the audience’s reactions on opening night.

“That’s the thing you look for most,” Martin confirms.

“It opens your eyes to understand your film better when you see it through the eyes of other people, and we just did not get that opportunity. This is all still a shock and surprise to us.”

Tina doesn’t go into the music legend’s most recent battles with a stroke, kidney failure, intestinal cancer, and her son Craig committing suicide. It does highlight her love story and marriage to Bach.

Lindsay and Martin hope Tina vividly illustrates how incredible of a showwoman Turner is and how her trials and tribulations can fuel people to make change in their lives where necessary.

“We need survivors to come forward and tell their story so that other people that are living those circumstances can know they’re not alone,” Lindsay says. “I hope people watch this film and get an appreciation for how incredible Tina Turner is as a performer. She’s one in a million.”

“The decision to survive is an ongoing process, and it’s made everyday,” Martin concludes.

“It’s its own journey. As we continue to celebrate individuals who have experienced some really traumatic events in their lives, the courage they have taken to make themselves vulnerable to tell their story is for us to remind ourselves to remember the person at the centre. It’s not just something you get over.”

DISCLAIMER: The Views, Comments, Opinions, Contributions and Statements made by Readers and Contributors on this platform do not necessarily represent the views or policy of Multimedia Group Limited.
Tags:
Beyoncé
Tina Turner