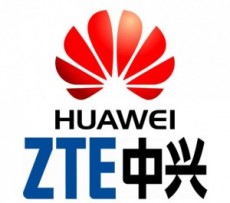 In the wake of a bribery scandal involving Huawei and ZTE in Algeria, Huawei Ghana officials have pledged their commitment to do clean business in Ghana.

An Algerian court has banned Huawei and ZTE, both Chinese telecom equipment vendors, from bidding for any contracts in that country because they were found guilty of giving bribes to some Algerian government officials in 2006.

The two companies were each fined US$38,400 for the offence and three officials from the two companies, Dong Tao, Chen Zhibo and Xiao Chuhfa, who participated directly in the crime, were also sentenced in their absence to 10 years each in jail.

An international arrest warrant has therefore been issued for their extradition back to Algeria to serve their sentences.

That matter, among others, has raised questions about Huawei’s integrity, but Huawei Ghana Public Relations Manager, Geoffrey Li said in an email to Adom News Editor, Nii Narku Dowuona that Huawei took the scandal in Algeria very seriously and was currently reviewing the court’s decision.

“But I can assure you that Huawei have and will always do business in compliance with Ghanaian laws and regulations in Ghana,” he said.

In response to another issue regarding a ban on Huawei in Australia from participating in government contract for National Broadband Network (NBN) due to security concerns, Li said Huawei had explained clearly that it was aware of increasingly high attention to network security from the public and was never involved in any activities that damaged any country’s network security.

He said Huawei had become the world’s leading telecom providers through continuous innovations, adding that its innovative solutions had created great value for customers.

“On NBN technologies in particular, Huawei is at the forefront of the industry in technologies and experiences – it is building NBN-style networks in UK, New Zealand, Singapore, Malaysia and mor,” he said..

Li said in Australia, Huawei partners with every major operator and serves one half of the Australia’s population.

“You don’t get to that level of success unless you have customers that trust your company, your staff and your technologies,” he said.

He said Huawei thought the decision of Australian government was more political rather than technical and unfair to the company, but that would not interrupt regular operation of Huawei, nor cooperation with customers and partners in Australia and any other countries in the world.

Huawei is one of the biggest telecom equipment and devices vendor in the world, and in Ghana it has a US$150 million government contract for the National Broadband Network installation.

Huawei also does good business with all the telecom companies in the country, supplying infrastructural support and supplying devices such as modems, handsets and others customized for the respective operators, and is gearing up to introduce its own branded handsets and devices in Ghana.