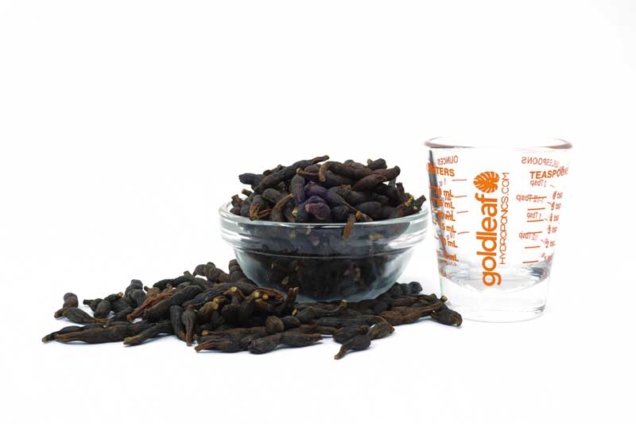 The term spice is often associated with hotness and pungency; in reality, though, only a few plants are suited to transmit a pungent quality to the food.

Furthermore, it is worth noting that the prototype of all hot spices, chile, originates from the New World and thus was not available in Europe, Asia, and Africa until the 16th century, although today, food of all continents cannot be imagined without it.

Hwentea has been used as a pepper substitute in Europe, but with regular imports of black pepper from India starting in the 16th century, it mostly disappeared. In later times, hwentea was only traded as a pepper substitute (or surrogate) in times of war and short supply; the last time, it was seen from after World War II till the 60ies of the previous century.  Hwentea also has the same function that is used as a spice. In the old days, hwentea was used as traditional medicine and for food.

In West African cookbooks (Cameroon), the spice is referred to as kieng. In its origin, it has been found that hwentea has its root in tropical Africa (Ethiopia to Ghana), where both the species X. aethiopica and X. striata are used for local cooking. In South America, X. aromatica (burro pepper), has found similar applications among Brazilian Indios.

The name Xylopia is a com­pression from Greek xylon pikron [ξύλον πικρόν] bitter wood, aethiopica refers to the origin of the tree (though most of it grows in Ghana). Hwentea fruits; look rather like small, twisted bean pods. They are dark brown, cylindrical, 2.5 to 5 cm long, and 4 to 6 mm thick; the contours of the seeds are visible from the outside. Each pod contains 5 to 8 kidney-shaped seed grains of approximately 5 mm in length. The hull is aromatic, but not the grain itself. Hwentea belongs to the family Annonaceae (custard apple family).  Hwentea is often smoked during the drying process which results in an attractive smoky–spicy flavor.

Ekong and Ogan (1968), became the first researchers to report on the chemical composition of Xylopia aethiopica. Several diterpenes from the bark, fruits, and pericarp of the plant have been reported.  Four studies (Faulkner et al. 1985; Rabunmi and Pieeru, 1992; Harrigan et al. 1994, Ekundayo 1989) published a review of the volatiles in several Annonaceae species among which includes Xylopia aethiopica , and, reported that they consist mainly of mono and sesquiterpenoids with typical constituents being a- and b-pinene, myrcene, p-cymene, limonene, linalool, and 1,8-cineole. Lately, two new sesquiterpenes, elemol and guaiol (among other terpenes) were found in the essential oil of the fruit from the Republic of Benin (Ayedoun et al. 1996) while Jirovetz et al. (1997) gave a semblance of the aroma note from the essential oil in the fruit of Xylopia aethiopica from Cameroon.

Fast forward, another study by Tairu et al.(1999) reported that hwentea essential oil has been found to contain(2 to 4.5%) β-pinene, 1,8-cineol, α-terpineol, terpinene-4-ol, paradol, bisabolene, and other terpenes. Another study found, that linalool (E)-β-ocimene, α-farnesene, β-pinene, α-pinene, myrtenol, and β-phellandrene. Others such as traces of vanillin and 3-ethylphenol were also found.

Among the non-volatile constituents, tetracyclic diterpenes of the kaurane type have been identified; the kaurane structures are based on a tetracyclo[11.2.1.0.0]hexadecane skeleton. Kauranes and the structurally similar kolavanes and trachylobanes also appear in the bark. (Phytochemistry, 21, 1365, 1982), (Phytochemistry, 36, 109, 1994)

The essential oils of the stem bark (0.85%) and the leaves (0.5%) of X. aromatica have also been investigated. The bark oil consists mainly of α-pinene, trans-pinocarveol, verbenone, and myrtenol and differs remarkably from the leaf oil (spathulenol, cryptone, β-caryophyllene, and limonene) (Planta medica, 60, 282, 1994

One animal study by Obiri et al.(2014) evaluates the anti-arthritic effects of a 70% aqueous ethanol extract of the fruit of Xylopia aethiopica in a chronic inflammatory model.  Extract of 100, 300 and 600 mg /kg was used. The study found that hwentea suppresses joint inflammation and destruction in arthritic rats.  Another study by Ameyaw et al.(2014) also found that hwentea  can be used in the management of pain disorders including headache and neuralgia.  Two studies (Woode et al. 2012; Woode et al. 2016) on animals’ findings establish the analgesic properties of the ethanol fruit extract of hwentea in musculoskeletal pain.

One important clinical trial by Igweet al. (2003) conducted on visually impaired volunteers found that hwentea is a safer spice that can be exploited in the management of exophoria and raised intraocular pressure (glaucoma) in instances where the efficacy of the older conventional drugs is insufficient. Exophoria is an eye condition that affects binocular vision and eye alignment. A person with exophoria will experience one of their eyes drifting outward, and their eyes will have difficulty working together. This study was conducted on humans, hence, it is good news for glaucoma or those with eye problems.

Two studies (Mohammedet al. 2016; Mohammed and Islam, 2017) examined the anti-diabetic effects of hwentea in rats and found that hwentea is effective in lowering blood sugar and other metabolic diseases.

Another animal study by Nwozo et al.(2011) also found that hwentea is effective in lowering blood sugar and cholesterol. How hwentea can lower blood sugar is what we do not know. However, one study by Mohammed et al.(2021) found that a compound in hwentea called oleanolic acid is responsible for the antidiabetic action of hwentea fruit.

One animal study by Tamfu et al.(2020) shows that hwentea can be used to manage food-borne infections. Another previous study by Fleischer et al.(2008) also found no effect that hwentea is effective against bacteria.

Another previous study by  Choumessi et al.(2012) aims to characterize the effects of extracts of this plant on cancer cells and found its potency. A recent study by Ribeiro et al.(2021) also found that hwentea is often referred to as an anticancer ingredient in Africa and this support their assertion. However, more studies are needed on humans.

One study by Adaramoye et al.(2010)  investigate the effects of hwentea fruit extract on oxidative stress in the brains of rats and found that it is beneficial. Another study by Biney et al.( 2016) also found that hwentea has antidepressant potential.

One study by Iwuanyanwu et al.(2010) examined the effect of hwentea on liver health and found that it may be protective against liver damage in rats.

Though Hwentea is safe. One experimental study on animals by Ehigiator and Adikwu(2020) showed that the use of hwentea may be detrimental to male reproduction function. The researchers used 200-800 mg/kg of hwentea extract daily for 15, 30, and 60 days. So moderation is key for men especially those seeking children.

In conclusion, animal and in vitro studies have shown that hwentea supports the brain; blood sugar, and cholesterol management as well as blood pressure. An animal study also proved that it is an anticancer drug; liver support; glaucoma and eye support. It can treat schistosomiasis; arthritis and pain management. Finally, it is loaded with antioxidants.

The author is a Professor of Naturopathic Healthcare and President of Nyarkotey College of Holistic Medicine & Technology (NUCHMT)/African Naturopathic Foundation. E-mail: collegeofholisticmedicine@gmail.com.

DISCLAIMER: The Views, Comments, Opinions, Contributions and Statements made by Readers and Contributors on this platform do not necessarily represent the views or policy of Multimedia Group Limited.
Tags:
Hwentea
Liver