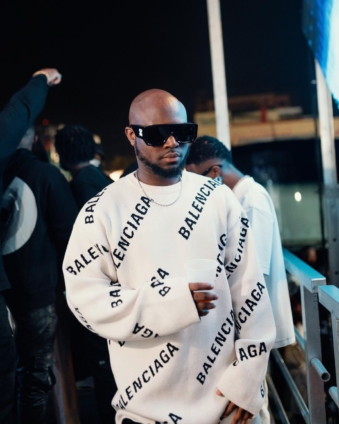 Ghanaian singer, King Promise, says he and his team are working hard towards making him more visible in the entertainment space.

Speaking in an interview with Andy Dosty on Daybreak Hitz, on Monday, the ‘Slow Down’ hitmaker mentioned that he has realized that Ghanaians want to see more of him as an artiste.

According to him, he likes to please his fans, hence the reason he has decided to put himself out there more.

“I have heard a few times that I am not visible so I am trying to be. I have always chosen to make my music do the talking, but I guess it also helps because it is entertainment and people want to see and feel you. So I’m trying hard to make myself more visible.”

King Promise stated though that he is available to the fans via the internet and in person.

He however told Andy Dosty that he is ready to do more.

“I am a very nice person and on the internet, I’m not on my phone tweeting every minute, but when I go online, I reply, quote and retweet. Maybe people want me to do more, I guess.”

King Promise is currently promoting his first single of the year titled ‘Ginger’.