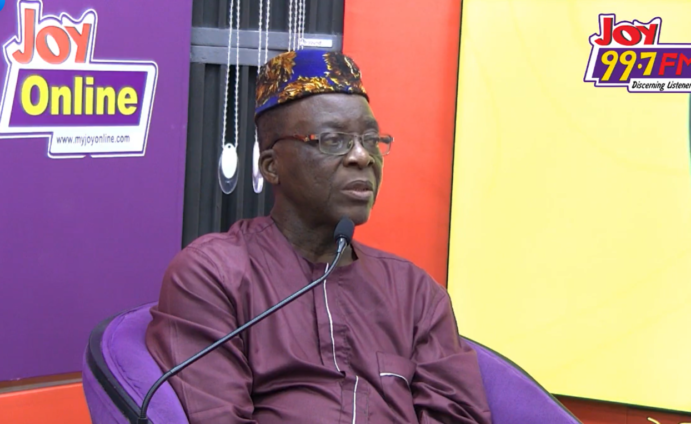 A veteran journalist who has attained an enviable admiration in the Ghanaian landscape says his success in the media space can be attributed to his dedication to nurture his talent.

Speaking on Personality Profile on Joy FM, Charles Amankwa-Ampofo revealed that he was not able to pursue higher education due to financial constraint.

But that did not deem his ambition to pursue his long-lasting career in acting and broadcasting.

“I passed the common entrance in 1966 and got admission to Krobo Odumase Presbyterian Boys Secondary, that Presec was brought to Legon but my father told me frankly that he is not in the position to help.

“I am telling you about myself, I did not go to enough school but I developed my talent and I wrote a story that got me an award,” he told host Lexis Bills.

Mr Amankwa-Ampofo who started his journey as a broadcaster at the Ghana Broadcasting Corporation (GBC) in 1982 revealed that he used to translate content from English to Akan and Akan to Ga alongside reading the news.

He further indicated that his stay at GBC was motivated by his passion for the broadcasting business and the zeal for making a difference.

This, he said, pushed him into the lime light earning him several awards.

In the year 2002, the veteran journalist was honoured for his diversity in reporting in radio broadcasting by the Conservation International.

Again, in 2008 under former President John Agyekum Kufuor, the state bestowed on him the Grand Medal of the State of Ghana for his contribution to media development.

But before his job at GBC, he said he was working at the Cocoa Marketing Board (CMB) as a garden boy and messenger in 1970.

The multi-talented broadcaster also ventured into the acting industry which catapulted him into television stardom.

According to Mr Amankwa-Ampofo, his first appearance on the screen was on May 7, 1971.

He was a member of the popular Obra Drama Group with respected actors and actresses including Grace Omaboe, popularly known as  Maame Dorkono and Dr Rokoto.

Recounting his journey as an influential media personality, he stated that it took perseverance and hard work to attain his ambition.

According to him, his success was not achieved on a silver platter.

He, therefore, urged Ghanaians to develop the habit of perseverance and work on their God given talent.

“I will advice the people that sometimes when you have talent you need to develop yourself,” he said.

DISCLAIMER: The Views, Comments, Opinions, Contributions and Statements made by Readers and Contributors on this platform do not necessarily represent the views or policy of Multimedia Group Limited.
Tags:
Amankwa-Ampofo
GBC
Obra Drama Group