I don't own any land in Ablekuma - National Chief Imam distances himself from scuffle - MyJoyOnline.com 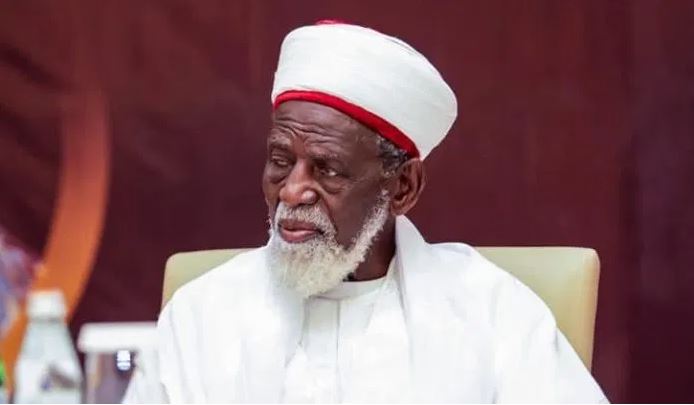 National Chief Imam Sheikh Usman Nuhu Sharubutu has distanced himself from publications that a land belonging to his Office at Ablekuma has been invaded by land guards.

Personal Assistant to the Chief Imam, Khuzaima Usman last Friday took press to the disputed land which has been invaded by land guards and laid claim that it was gifted to the office of the National Chief Imam by chiefs of Ablekuma.

He lamented how attempts to get local police to step in and secure the land for the office has not yielded the desired result.

Mr Usman said he brought the media into the picture to amplify a concern he claimed resonated with the National Chief Imam.

But addressing a cross-section of the media in his Office Thursday, Sheikh Usman Nuhu Sharubutu said he is not aware of the said land.

“I am not aware of the land being talked about. I do not own any land in Ablekuma. I own only one land which I have given out for the construction of a mosque,” he said.

The Chief Imam warned those exploiting his name and office for their selfish gains to desists from that act or finds their way out of his office.

The 101-year old leader of the Muslim community also spoke about how he does not want his legacy to be tainted when he departs this world.

“I want to depart the world with my dignity and integrity intact,” he said.

He also stressed on the purpose for which his office was established which is to serve communities and humanity in general and not for unscrupulous persons to exploit.

“The Office of the National Chief Imam is not set up for underhand dealings and exploitation.

“It is established on Islamic principles and is to help Muslims and non-Muslims alike, and I would firmly guard that noble course even before I depart this world to the hereafter,” the National Chief Imam said.

He’s also encouraged journalists to always cross-check with his Office or any other person or organisation on a story they are working.