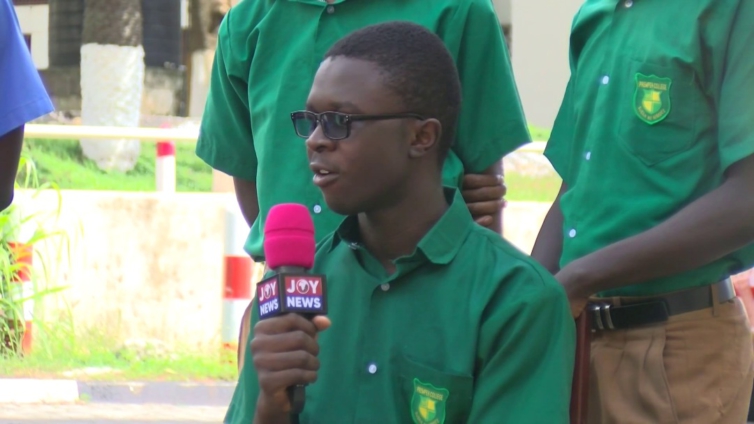 Lionel Sefa Boakye Yiadom was in class four when he started dreaming of representing Prempeh College at the National Science and Maths Quiz (NSMQ).

He was watching one of the contests with his mother on television but a correct answer to one of the questions, even at that level, convinced him that he will do well as a contestant.

Many years later, he is now living his dream, carrying the hopes and aspirations of Prempeh College.

“For me, the dream started in primary around class four. We were watching the quiz with my mum and then a certain riddle came; the answer was carbon dioxide so after answering it I felt I can do this. So, I tried my best.

His story mirrors that of other finalists who will also be on stage for the grand finale of the 2022 NSMQ.

That year, Adisco’s performance was not the best.

“It started when I completed Junior High School. After we had chosen our schools, I saw Adisadel competing in the semi-finals but it didn’t really go well for us so I decided that if I get to attend Adisadel, I will try my possible best to represent the school.”

In a picture that has now gone viral, Presec-Legon 2022 NSMQ contestants Alfred Ken Nsiah and John Tenkorang are seen at the Great Hall of KNUST keenly following the 2021 final contest.

Their school lost to Prempeh College. It is 2022 and the two gentlemen will not be part of the audience this time but, rather, will be on stage as they get the opportunity to pay back Prempeh College.

For Alfred Nsiah, the dream to be an NSMQ contestant started during his first year at Presec-Legon.

“When we came to Presec, we heard of the science and maths quiz and from there on we decided that we will try and put in our efforts so that we can become like our seniors and from then we started working towards it.

DISCLAIMER: The Views, Comments, Opinions, Contributions and Statements made by Readers and Contributors on this platform do not necessarily represent the views or policy of Multimedia Group Limited.
Tags:
Adisadel College
National Science & Maths Quiz (NSMQ)
NSMQ 2022
Prempeh College
Presec-Legon