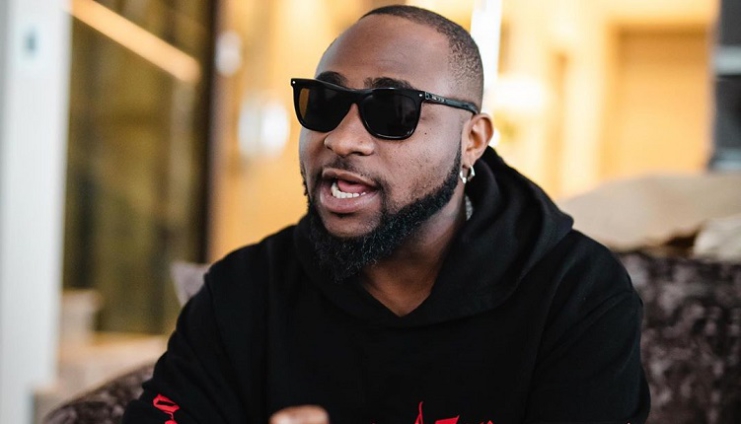 Afrobeat artiste Davido has revealed he had to leave Nigeria for a while, for getting involved in the EndSARS movement in October, 2020.

In an interview with Trevor Noah on Wednesday, September 29, on The Daily Show, Davido said that he did not expect the hit song ‘FEM’, to be an anthem for the protest, neither did he anticipate the impact it made.

He, however, stressed that it was an amazing experience seeing his voice become an “instrument” used to request a change, despite the trouble it caused him.

“I did not record the song (Fem) thinking the protest was going to happen. It was amazing to see people come out like that. I got into a lot of trouble. I had to actually leave the country. It was that bad. ” Davido said.

The ‘If’ hitmaker added that although he left Nigeria, he still made his views known on social media, retweeting and reposting content about the protest.

“I will say this, they listened to us. They heard us. They might not have changed anything but they were shaken,” Davido said.

In October, 2020, young Nigerians all over the world took to the streets to protest the unjust killing, brutality, and extortion by the Special Anti-Robbery Squad (SARS), a dreaded and controversial unit of the Nigerian Police Force (NPF).

The protests continued with further demands, including a total reform of the Nigerian Police and Beyoncé has now shown support for the movement.

Following the demonstrations, the Inspector-General of Police, Adamu Mohammed, announced that the Special Anti-Robbery Squad (SARS) had been scrapped.

The IGP stated that all officers and men of the squad, following the disbandment would be redeployed with immediate effect.

In a bid to prevent the recurrence of events that led to the dissolution of SARS, the IGP promised to establish a Citizens and Strategic Stakeholders’ Forum to advise on Police activities and enhance transparency and accountability in Police services.

DISCLAIMER: The Views, Comments, Opinions, Contributions and Statements made by Readers and Contributors on this platform do not necessarily represent the views or policy of Multimedia Group Limited.
Tags:
Davido
EndSARS
Nigeria
Trevor Noah