I haven't received any money from Chief of Staff - Afia Schwarzenegger makes a U-turn - MyJoyOnline.com 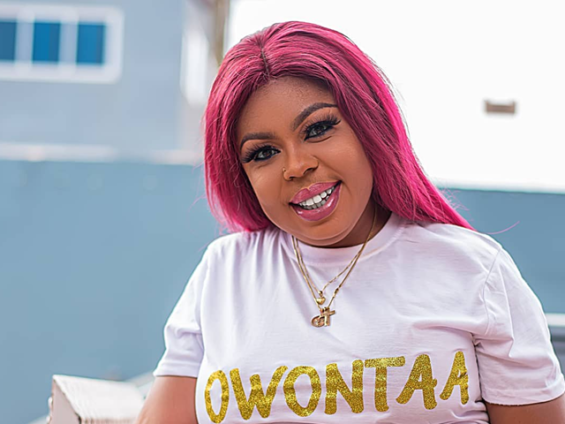 Radio and TV personality, Afia Schwarzenegger, has backtracked an earlier statement that the Chief of Staff gave her ¢50,000 for her father’s funeral.

According to her, Akosua Frema Opare neither showed up for the funeral nor donate any money.

She explained that Madam Opare only sent someone to her home during the one-week celebration.

In the latest video posted on Instagram, Afia said she had sent messages to the Chief of Staff reminding her of the funeral, however, Madam Frema Opare is yet to respond even though the ceremony is over.

In spite of this, Afia said she showed up at a funeral Madam Frema Opare hosted for a deceased loved one where she donated money as well.

In her video on Instagram, she said she thanked people who did not donate or show up for her father’s funeral including the NPP East Legon fan Club and the Chief of Staff.

According to Afia, that was her proverbial way of reminding them that they failed to pay back in kind for all the goodness she’s done them.

This comes after an affiliate group of the ruling New Patriotic Party (NPP), ‘Alliance for Footsoldiers Advocacy (AFFA), has criticised the Chief of Staff, Akosua Frema Osei-Opare, over the supposed recent cash donation to the Ghanaian comedienne born Valentina Nana Agyeiwaa.

In a statement by AFFA on March 15, they noted that Afia Schwarzenegger has contributed nothing to NPP’s success.

According to the group, although they sympathise with the bereaved family, the gesture by the Chief of Staff undermines the efforts of the party’s grassroots, who worked tirelessly for the NPP’s victory in the 2016 general election.

In their view, Afia Schwarzenegger is an opportunistic fellow, who does not deserve the kind gesture which was extended to her.

However, Afia Schwarzenegger said it is the NPP footsoldiers who are rather opportunistic, stating that she had vigorously campaigned for the party and was even involved in an accident on one of her trips.

She stated that the footsoldiers should have had that energy for MP for Dome-Kwabenya Adwoa Safo who is claimed she have been given a huge sum of money by the Chief of Staff.

Afia Schwarzenegger said that ¢50,000 is not money she does not have. In her anger, she poured libation asking gods to bear witness to her claims.