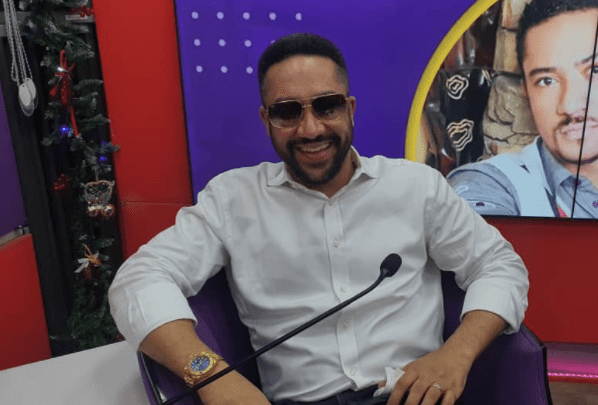 According to him, it is an inner voice he hears inside his head.

Majid Michel revealed that he has always known God since he became aware of things and at the age of seven, God informed him of an accident that happened before his eyes.

Interacting with the host of The Reason is Jesus on Joy FM, Fifi Folson, he said: “I’ve always known God all my life. There was no turning point. Since I remember being aware in life, I have known God.

“I’m sitting in a taxi with some of the people in my house on the North Kaneshie road and I’m seven years old. God tells me your taxi is going to hit the guy in front of you. And baam! Right there. I was seven, really young and I remember it clearly.

“How did I know the car was going to hit the guy in front of us? God told me. Have you seen the movie Venom? Venom is this monster that talks to Tom Hardy. How venom talks to the guy is how you hear it. It is inside you. Some people hear it audibly like this. I can hear it audibly.”

He narrated a recent directive from God that required him to assist a woman financially to further explain his interaction with God.

“Two days ago, God told me give this woman GH500 and I went back and forth with him a little bit. I said ‘are you the one telling me to give her GH500’? He said yes and I had the desire to give the woman GH500.”

According to Majid, he still had doubts and asked “how do I know it is you?”

The actor stated that he was aware the directive was from God following a response from the woman he had assisted.

“How do I know it is God? The next day, she comes thanking me telling me I gave her the money right on time. She needed it right at the time I gave it to her.

“It is not like I give her money or she is used to me giving her money. Her response will let you know where the information came from.”

For him, it is imperative to hear the voice of God in order for one to order his or her steps as some instructions from God may appear to veer from some teachings in the Bible.

“You hear most people say the Bible said. It is a great thing to say the Bible said but you must be bold enough to say God told me – the Bible is a written word and we have the voice of God that can tell you things that might even look like it is a bit contradictory to some of the scriptures you read. That is why you need deep understanding about what is written to know what you are applying.

“Jesus said go into the world and preach the Gospel. The Holy Spirit tells Paul, it (the Bible) said the Holy Spirit forbade Paul from going to Asia but I thought you said we should go to the world and preach the Gospel. So why are you telling me not to go to Asia? Because Paul is in tune and Paul can hear. That is what defines it, that is what you call the relationship,” he added.