I need an investor for my hospital project – Ike Quartey 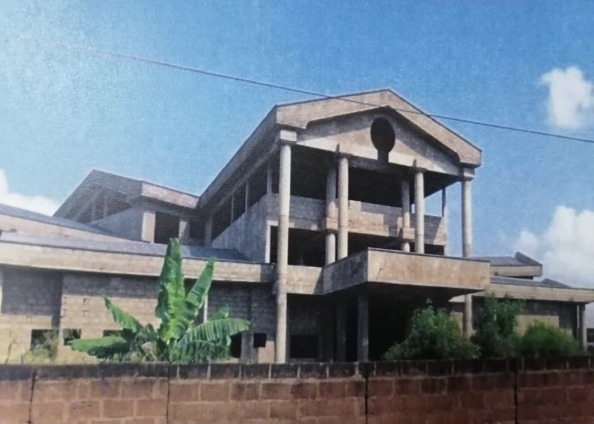 The ring magazine once rated his right jab one of the deadliest in the sport of boxing and 15 years into his retirement, Ike ‘Bazooka’ Quartey wants so badly to fulfill his desire as a health entrepreneur, to emulate the likes of Didier Drogba and Sadio Mane who have built hospitals in their respective countries.

A hospital he is constructing in Gbawe, a constituency in Ghana’s capital Accra, has stalled for at least 15 years. And the former WBA welterweight champion is passionately seeking a strategic investor to complete the project.

“I want an investor to help complete it and run it. It’s not a good thing that between Kasoa and Accra there are hardly any big hospitals. I really want to see the project completed so the people can have a good hospital to take care of their health,” he told Joy Sports Nathaniel Attoh in an interview.

The hospital which sits on 12 plots of land at a prime location within the Gbawe Community, has a full concrete structure and a roof completed.

“I want to build a gym for my community in the Odododiodio constituency but that will be after I have completed the hospital. The hospital is my dream and my passion and for now I am not doing anything boxing,” he revealed.

Quartey who is now 51, has other landed property in Accra including an office building at Zongo Junction which houses a branch of Prudential Bank and two hotels.

Ike ‘Bazooka’ Quartey hang his gloves after his high profile bout with his boyhood boxing mate, Ronald ‘Winky’ Wright. Ike lost that bout which was in the middleweight division and staged in Florida.

“Winky gave me his car to drive and everyone was surprised. I told everyone he was my friend. I didn’t care if his mother was the referee for the bout. We came together as friends to entertain the guests and we did just that.” he added.

He staged a big comeback after an almost four year hiatus and recorded an eighth round knockout against American Clint McNeil in Ghana back in 2005.

Ike went ahead to defeat Verno Phillips in Memphis Tennessee some months later. What impressed boxing fans in that bout was his recovery from an eighth round knockdown to win. After that he fought and stopped Carlos Bojorquez in Las Vegas. This earned the accolade of ‘comeback boxer of the year’ by the Ring Magazine. In 2006, Ike lost the remaining two bouts against Ronald ‘Winky’ Wright and the late Vernon Forrest.