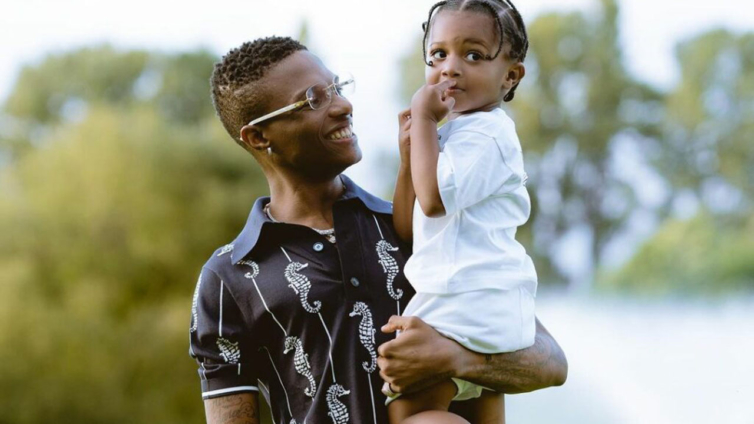 From the 19-year-old singing ‘If you see my drive-by, holler at your boy’, exactly a decade ago, Ayodeji Balogun, renowned as Wizkid, has evolved in so many different ways.

To many, he is more than the average Surulere-bred Superstar. He is now a cultural symbol for hustlers and dreamers; a continental pride as one of the most celebrated African entertainers in the world and one of the most loved musicians in Nigeria, with a massive fan base that are loyal to him under the moniker ‘WizkidFc’.

But to the 31-year-old enigma, he is first a father before anything else.

“I would put everything before my kids; I would stop the world if I could for my kids. That is the kind of father that I am. They mean everything to me, my heart and soul,” Wizkid said in a documentary dubbed, A Superstar at 10, which chronicles his decade-long existence as a superstar.

The artiste stated that family has become the most important thing for him in his life adding that his son is his best frined.

“He calls me every day and we have the craziest conversations. He is nine years old now. It is very important for me to keep the family; that is one thing that my parents instilled in me to understand that there is nothing more important to me,” he said.

The documentary, which is also in partnership with YouTube and is released on the same platform, captures the singer from his childhood to his globally acclaimed album, Made in Lagos.

It also captures his mentors and colleagues in the industry, including Banky W, Terri, Basketmouth, Ali Baba, Anthony Joshua and Femi Kuti.

Wizkid, who is a father of three boys – Boluwatife (10), Ayodeji (5) and Zion (4) – recalls that his life as a superstar was heavily impacted by his family and experiences while growing up with them, especially with regards to religion.

“I was born in a place called Alab; it was amazing for me. Sometimes, I still have flashbacks. My house was like a fun house; it is why I have so many stories. I was the last child of the family. I wasn’t a spoiled last baby, but I got my way sometimes.”

“Growing up in a spiritual home in Lagos really opened my mind; my mum is Christian while my Dad is Muslim. I used to go to both and that really just opened my mind to see that the biggest religion in life is actually love; I eat, preach and sleep it,” he added.

DISCLAIMER: The Views, Comments, Opinions, Contributions and Statements made by Readers and Contributors on this platform do not necessarily represent the views or policy of Multimedia Group Limited.
Tags:
Fatherhood
Fathers Day
Wizkid