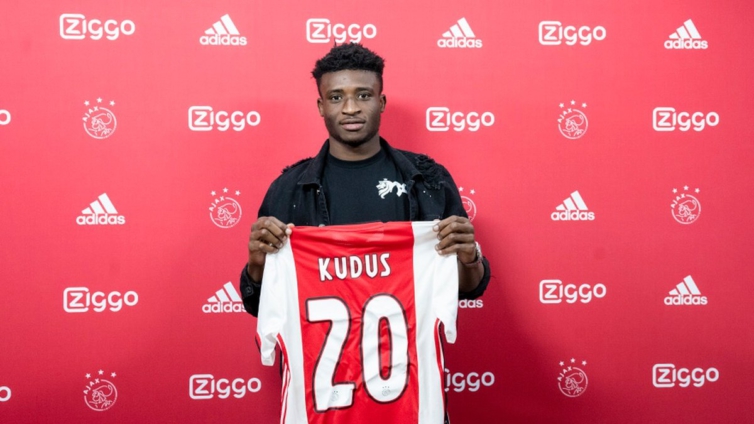 Ghanaian midfielder, Mohammed Kudus, has revealed his decision to sign for Ajax was due to the need to prioritise developing himself as a player before taking a big step.

Kudus signed for the Dutch side in July 2020 after putting an end to his time in Denmark, playing for Nordsjaelland.

Prior to signing for Ajax, Kudus, who was then 19, had offers from the Premier League and German Bundesliga but turned them down.

Speaking to Star Connect, the midfielder side said the priority was to go to a club where his talent would be developed, something which was evident in the Ajax project.

“I had other options from the Premier League and the Bundesliga,” he said.

“I chose Ajax because I wanted to take one step at a time and not a big step. Looking at the history of Ajax and how they wanted to play, and their history of developing young talents, I thought it was awesome for me to join them, which I did.”

Kudus added that though the decision to move to Ajax was purely his, he spoke to Andre Onana to find out more about the club.

“I spoke to Onana because he is also an African and had been here for long,” he continued.

“He shared his experiences and it was positive for me. But the decision was based on my gut feeling and I went for it.”

In his first season with the club, Kudus won the Eredivisie and the Dutch Cup with Ajax.

DISCLAIMER: The Views, Comments, Opinions, Contributions and Statements made by Readers and Contributors on this platform do not necessarily represent the views or policy of Multimedia Group Limited.
Tags:
Ajax
Lawrence Baidoo
Mohammed Kudus
Nordsjaelland