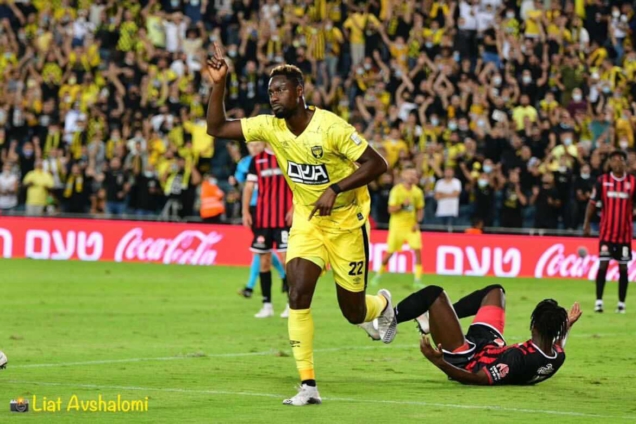 Ghana international, Richmond Boakye-Yiadom, could be set for a move away from current club Beitar Jerusalem in the summer as he seeks a return to Champions League football.

The 29-year-old has not featured in the prestigious competition since leaving Red Star Belgrade in 2020. According to the former Juventus forward, he is ready to make a mark in Europe at this stage of his career.

Boakye-Yiadom is hoping a return to play in the Champions League will boost his chances to join the Black Stars for the 2022 FIFA World Cup later this year.

“I miss the Champions League. This year, I am trying to find a club that plays in the Europa League or Champions League,” the forward said to Joy Sports in an interview.

“There are offers on the table but we have to take our time to make a decision. It’s a long time, and I need to get back that European ranking again.”

Asked about the team he would like to join, Boakye-Yiadom added: “I don’t need to say Red Star or a bigger team the only thing is improving my skill, which is scoring and we have World Cup ahead so I need to train hard as much as I can to showcase my talent.”

The Black Stars player also added he is in good shape to still compete at the top level.

“You don’t need to say much but I always say just prove yourself on the pitch, be determined, train hard and the rest fans and Ghanaians will judge for themselves,” he concluded.

Boakye-Yiadom in currently in Ghana for holidays following the end of the 2021/22 season.