I was advised not to enter Ejura in my own interest - MCE - MyJoyOnline.com 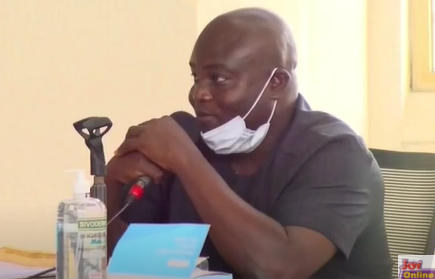 The Municipal Chief Executive (MCE) for Ejura Sekyeredumase has revealed that he was advised against returning to the town on Tuesday, June 29, in his own interest.

Mohammed Salisu Bamba made the revelation on Thursday when he appeared before the Three-Member Committee probing circumstances that led to the death of two residents in Ejura, after a clash with Military personnel.

The deceased were part of a protest to demand justice for the death of a social activist, Ibrahim Mohammed, which turned turbulent.

When asked about speculations that the two suspects, Ibrahim Issaka and Fuseini Alhassan, arrested in connection with the murder, are his body guards, Mr Salisu Bamba said they are not.

“Not at all. The two gentlemen are our party members and they are our polling station executives, and as Chief Executive and Parliamentary candidate, definitely I will have a relation with all my party people on the ground.”

Mr Salisu Bamba, noted that his presence at Ejura on that faithful Tuesday would have worsened the security challenges as he was erroneously linked to the suspects as well as a warning letter issued to the slain social activist, earlier.

“When the incident happened and if you look at the information going round, I was the first person they were trying to link the suspects to.

During the interrogation, the Ejura MCE also revealed that prior to the protest on June 29, while out of town, he received intel that a group had planned to go on rampage in the municipality. Hence, he and the security heads reached out to the Divisional Command for support.

“I was informed that the security had picked intelligence that there was going to be an attack and other vandalism in town. That evening, all the security heads, the BNI, the Crime Officer and the Police were all at the Police station. I was the only person who was away. So we were in constant touch with each other that evening.

“I and the security heads agreed that we should call for support through the Divisional Command looking at what happened that evening. After the discussion, I followed up with a call to the Divisional Police Command to assist us with some security on the ground to make sure everything is in order. Around 11 pm, I had information that some Policemen had arrived with a water cannon. Few minutes after the decision, I had information again that the Military had also arrived. We were asked to support with accommodation,” he narrated.

But according to Mr Salisu Bamba, he only conveyed the intelligence he had received to his superior after engaging the Divisional Command.

He denied knowledge of who requested the deployment of Military personnel in the town.