I was surprised about John Boadu’s loss – Mac Manu 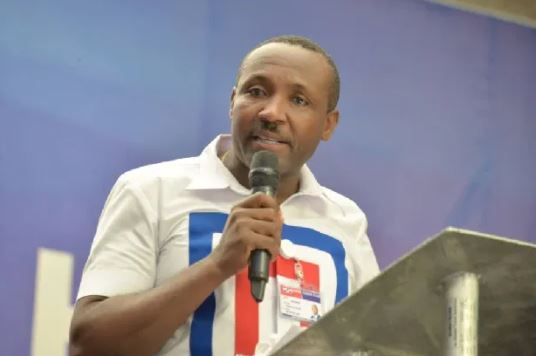 Chairman of the Election Committee of the New Patriotic Party (NPP), Peter Mac Manu has expressed shock over John Boadu’s loss to Justice Frimpong Kodua in the just-ended National Delegates Conference of the party.

Mr. Mac Manu said he was surprised by the turn of events on the day of the election.

“I was very surprised. At the grounds, I realise that things were not looking like how it has been predicted over a few weeks before the D-day,” he said on The Probe, Sunday.

According to him, during the conference, he noticed that “there were some misgivings about retaining his [John Boadu’s] position from some of the executives.”

He, however, admitted that although John Boadu’s loss is unfortunate, “the delegates of the party have spoken” and he is in no position to question the choice of the delegates.

Mr. Mac Manu noted that the delegates have the final decision and believes the elected executives at the National Delegates Conference on Sunday “have the strength, the wisdom and the character to take NPP to the next level.”

He said the party has accepted in good faith, the decision of the delegates.