I will implement Special Prosecutor’s report on ‘Agyapa’ if elected on Dec. 7 – Mahama 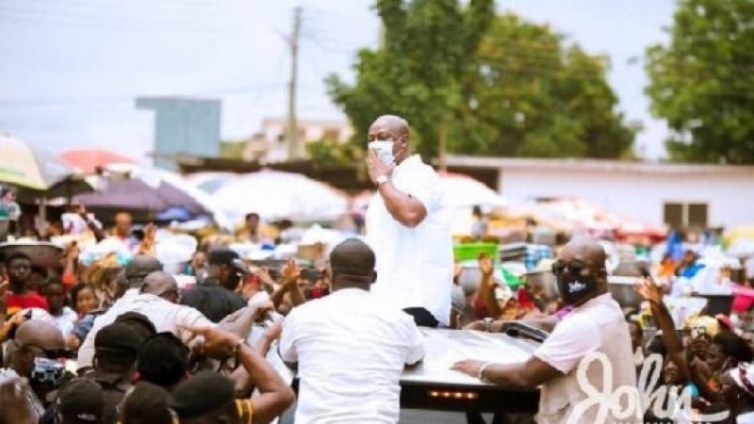 The presidential candidate of the National Democratic Congress (NDC), says the next government will implement recommendations of the Special Prosecutor on the controversial Agyapa Royalties deal if elected to office.

John Mahama said the only thing that will save those who have been found culpable in the corruption risk assessment report by the Special Prosecutor is for them to return the money before the NDC is sworn into office on January 7, 2021.

Mr Mahama made this known on Saturday when he addressed NDC supporters at Bosomkyekye in the Mampong constituency as part of his campaign tour of the Ashanti Region.

“They are trying to offload Ghana’s mining royalties through a shady deal called Agyapa and when we complained, they decided to hold on. But now what we are being told is that, the President has directed that the deal be taken back to parliament and I know they will not succeed.

“Because the NDC is going to win this election and immediately after the victory, those people who have looted money from Agyapa should quickly return our money.

“Otherwise, we will work with the recommendations of the special prosecutor”, he warned.