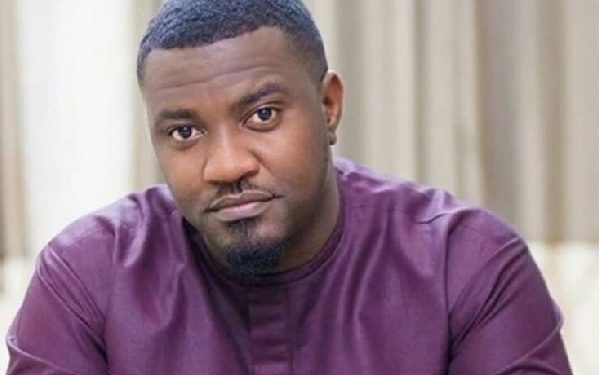 Actor turned Politician John Dumelo, like many Ghanaians, seem to have an abundance of hope in the senior national football team, Black Stars, ahead of the 2022 World Cup Qualifier match against Nigeria.

In a tweet, Mr Dumelo told his followers the Nigerian national team do not stand a chance against Ghana in the game on Friday, March 25.

That is not all, the actor added he would carry his ginger – he harvests on his farms – on his head for the journey.

Ghana and Nigeria are battling for a spot in the 2022 World Cup expected to be held at Qatar.

They will then travel four days later to Abuja for the second leg at the Moshood Abiola National Stadium.

The actor is not the only Ghanaian excited about the match. Former Black Stars player Asamoah Gyan called on the players to make Ghana proud.

“The nation is fully behind you,” he added in a tweet.

Meanwhile, Head coach of the Black Stars, Otto Addo, has revealed the players are in good condition ahead of the FIFA World Cup qualifier playoff against Nigeria.

Addo, who is set to lead the team as the head coach for the first time believes his men are gunning to go in Kumasi.

“I have had enough time. The players are ready and in good shape. We have done a lot in training and I hope that we can show what we have done to Ghanaians,” the former Black Stars player told the media on Thursday.

The gaffer also calmed the fears and scepticism amongst the supporters, adding that is normal to feel that away ahead of a clash of this nature.

DISCLAIMER: The Views, Comments, Opinions, Contributions and Statements made by Readers and Contributors on this platform do not necessarily represent the views or policy of Multimedia Group Limited.
Tags:
Black Stars
Ghana
Nigeria
Super Eagles
World Cup Qualifiers