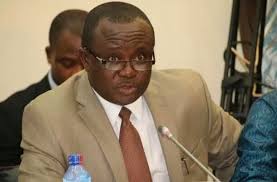 The First Deputy Speaker of Parliament, Joseph Osei Owusu, has expressed his well wishes to the Black Stars of Ghana, ahead of the team’s World Cup play-off against the Super Eagles of Nigeria, at the Baba Yara Sports Stadium on Friday.

The goodwill message from the Bekwai MP, adds to the scores of well wishes from Ghanaians ahead of the team’s encounter with their West African neighbours in Kumasi.

Speaking in an interview with the press at Parliament on Friday, the NPP lawmaker stated that he’s hopeful of the team’s qualification to the 2022 World Cup in Qatar.

“My wish is that the national team wins, and wins massively. That’s all I’ll say. Be as supportive as you can. Be as hilarious as you can. Be as loud as you can. In the end, they’ll be motivated. They [indigenes of Kumasi] have demonstrated it already. The people of Kumasi love the national. They love football, and I’m sure they’ll give the love to the team in abundance”, the MP said.

At 7pm on Friday, the Black Stars will lock horns with the Super Eagles of Nigeria, in what promises to be a hugely competitive fixture between the two sides. The match is the first leg of a play-off between the two countries to determine who books a final place in the 2022 World Cup in Qatar this year.

So far, the match has generated sweeping waves of excitement amongst supporters from the two camps. Some jubilant Ghanaian supporters have therefore stated that, they know the Stars will grab all three points in this titanic duel.

A section of them, who called into Joy FM’s Super Morning Show on Friday, revealed that even though the team’s performance has dipped in recent times, they are hopeful of an emphatic win against Nigeria.

According to them, matches between Ghana and Nigeria, are not necessarily based on the form of the two sides, but rather the long held rivalry between the two countries, and the sheer battle for supremacy and bragging rights.

Earlier, the interim coach of the side, Otto Addo, also expressed his optimism in the fortunes of the Black Stars. According to the 46 year-old, he’s positive that his investment in the team will pay off when all is said and done.

“We are only a few days away from playing our crucial match against rivals Nigeria. We all expect Ghana to qualify for the 2022 FIFA World Cup in Qatar but that won’t be easy as we need to do our best to make it to this tournament. The players, the technical team and the Ghana Football Association are committed to this task, we want to make ourselves and nation proud by qualifying for the tournament.

Matches between Ghana and Nigeria are always difficult but we believe in our players, our strategies and the unflinching support of all Ghanaians as we go into these two matches. We are Ghana and we have what it takes to come out victorious”, Coach Otto Addo said.

After the game on Friday, the Black Stars will then travel to Abuja for the return fixture.