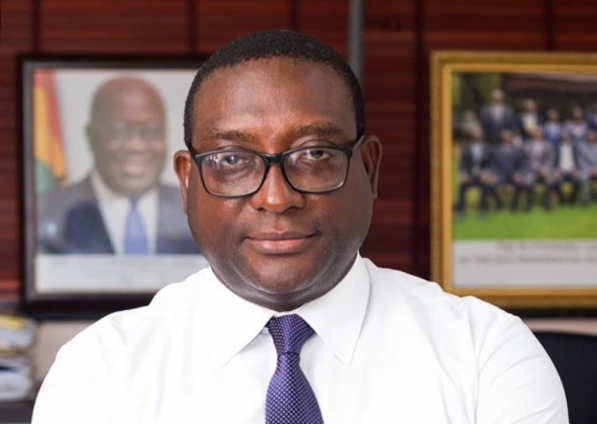 The Director of Communication of the ruling New Patriotic Party, Mr. Yaw Buaben Asamoa has intimated that, he won’t be surprised if government is able to dualise the Accra-Kumasi road in the next three years.

Speaking in an interview with Araba Koomson on the Midday News on Joy FM, on Friday, he was hopeful that the dualisation of the Accra-Kumasi road would be completed in the next three years.

“We are working on our roads, and we’ve managed to complete the dualisation of a portion of the Kumasi road. I won’t be surprised if we finish dualising it over the next three years. We are putting in interchanges; an unprecedented five interchanges are already going on in the country, where before there were none. We’ve finished Pokuase. We’re retooling the energy sector. These are substantial things we need to do”, Mr. Asamoah indicated.

Mr. Buaben Asamoa acknowledged that even though present conditions are tough, government has been working assiduously to put the country on track amidst the setbacks caused by the COVID-19 pandemic.

His comments were in response to assessments from a section of the populace on how President Akufo-Addo has fared in the first year of his second tenure.

It will be recalled that exactly a year ago today, President Akufo-Addo was sworn into office to begin his second term as President. In this regard, the JoyNews‘ team took to the streets to gather the opinions of citizens on the President’s performance so far. While some acknowledged the impact of the COVID-19 pandemic on Akufo-Addo’s performance, others expressed their outright dissatisfaction with the Akufo-Addo led administration.

Adding to the reviews, the National Communication Officer of the NDC, Sammy Gyamfi emphasised that the current government has been insensitive to the plight of Ghanaians.

“Hardship, corruption and wastage. That is how we will describe the first year of the second term, and this had a negative ripple effect on general prices of goods and services. In addition to these, there were also astronomical hikes in existing fuel taxes. The BOST margin, the fuel marking margin and all the existing fuel levies and margins were increased astronomically by government all in the year 2021.

And so these [were the] draconian tax measures which were introduced by the Akufo-Addo -Bawumia government in 2021, coupled with the free fall of the cedi; coupled with persistent fuel increases”, Sammy Gyamfi said.

But reacting to these concerns, Mr Buaben Asamoa argued that the hardship in the country is not necessarily the doing of the government. In his view, there’s a global increment in the prices of goods and services across the globe, and this has culminated in the present situation in the country.

“Increasing cost of living is not just the government’s doing. That’s why I’m saying we’re restoring economic and social balance gradually. We’re actually importing the cost of living from abroad, due to the ravages of COVID-19 on the international economy.

We’re a very import dependent economy. Most of the things we use in this country are imported. Prices for those things are rising. Because production is down and expensive abroad. Travel, freight charges are very expensive. Container charges have become extremely expensive. So all the things we’re dependent on and we’re importing are very very expensive. So we’re literally importing international price rises and inflation into our country. So it’s not just the government’s doing. It is part of the international reality of post COVID recovery”, Mr. Buaben Asamoa explained.

DISCLAIMER: The Views, Comments, Opinions, Contributions and Statements made by Readers and Contributors on this platform do not necessarily represent the views or policy of Multimedia Group Limited.
Tags:
Accra-Kumasi roads
Dualisation
Review of Akufo-Addo's 1st year in his 2nd term
Yaw Buaben Asamoa