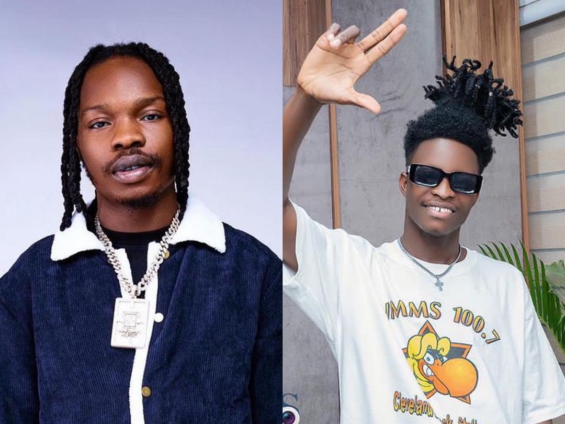 In an interview with Andy Dosty on Daybreak Hitz, the singer mentioned that he is impressed with how the new crop of Ghanaian musicians are making head way with their music.

“There are a lot of new Ghanaian artistes coming up that are serious and there are some of them I am trying to sign. I think they are already signed but I would really like to sign some of them,” Naira Marley said.

Naira Marley told Andy Dosty that he really enjoys Lasmid’s music and would like to have him on his Marlians record label, alongside Zinoleesky and Mohbad.

His high interest was evident in his words, “I am looking at a couple of young artistes I can sign. Lasmid is hard. The kid is really good.”

Lasmid became a favorite of many when he appeared on Ghana’s biggest music reality show, MTN Hitmaker, and emerged the ultimate winner. He is currently with the likes of the ‘Dwe’ hit makers, Mr. Drew and Krymi who are all signed acts on the Highly Spiritual record label which is fast gaining popularity day by day.

Naira Marley is currently in Ghana promoting his new album “God’s Timing is the Best (GTTB)”; which happens to be his debut album.

The new album features 14 songs, including Coming, First Time in America, Kojosese, and O’dun, which were previously released. Mayorkun, Lil Kesh, Jada Kingdom, Busiswa, Diquenza, Chivv, and, of course, his proteges Zinoleesky and Mohbad appear on the album.