IDEG, CDD and Danish Institute for Parties and Democracy discuss how to sustain democratic resilience in Africa 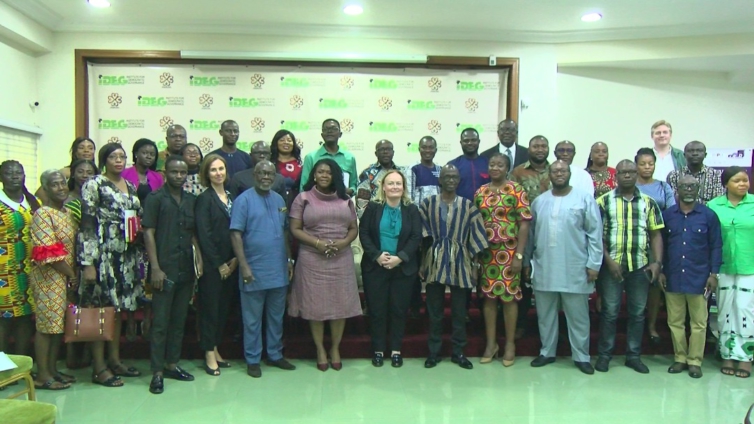 The Institute for Democratic Governance in collaboration with Danish Institute For Parties and Democracy and Centre for Democratic Development held a dialogue on sustaining democratic resilience in the context of erosion, lessons from Europe and Africa in Accra.

According to the former Minister for Foreign Affairs under ex-President Kuffour’s administration, Akwasi Osei-Adjei, after thirty years of Ghana’s democracy, there has been quite an eruption of violence in parliamentary elections and impunity and injustice in our system.

He said political parties are the pillars of democracy in Ghana, however there should be a second chamber for checks and balances.

“Nobody says that in a multi-party political competition, we should not have cooperation among political parties, it is the practice of the democracy that has made democracy a problem. but democracy in itself cannot be a problem”.

Deputy Chairperson of the National Commission for Civic Education, Kathleen Addy quizzed whether anyone predicted a decline of democracy in Europe occurring at an increasing rate over the last decade and also the proliferation of coups in West Africa again after so many years of stability.

“What is truly concerned is the fact that decline in democracy and its indicators seem to be a global trend, it goes beyond Europe and Africa,” she said

“I think that everybody in Ghana can attest to the fact that when you talk about the democracy of a political party, NDC does not have a co-equal in this country,” he stated

DISCLAIMER: The Views, Comments, Opinions, Contributions and Statements made by Readers and Contributors on this platform do not necessarily represent the views or policy of Multimedia Group Limited.
Tags:
CDD
Center for Democratic Development
Danish Institute For Parties and Democracy