If Bawumia debates on economy, I will debate him on literature – Prof Naana Opoku-Agyemang 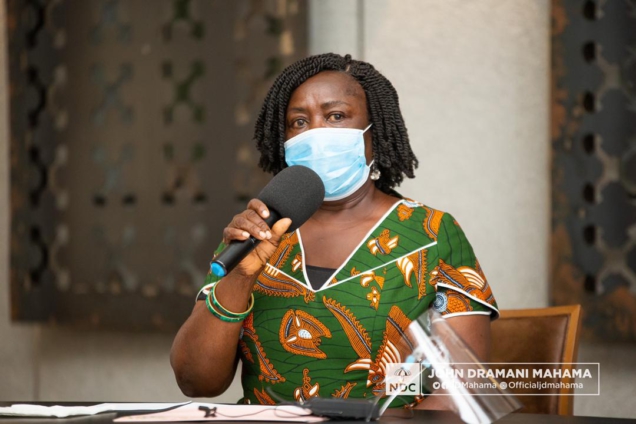 Answering if she was ready for a one-on-one debate with Dr Bawumia during an interview on Accra-based GHOne TV, the former Education Minister said, “Why not? And if he debates on the economy, I will debate him on literature”.

Prof Opoku-Agyemang further stated that she is equally capable of chairing the country’s economic management team without having an economist background.

“My critics are mostly NPP. But in their own party, they had Aliu Mahama, was he an economist? The Vice President chairs Police Council, must I be a security man?

“I’m not an economist but I understand the economy. Why, is it a requirement that the Vice President must be an economist? Since when did that become part of it?” she quizzed.

In August, the NDC’s flagbearer, John Dramani Mahama threw a challenge to his successor, President Akufo-Addo for a debate on the performance record of their respective governments, especially on infrastructural development.

Former President Mahama was poised that a comparison of records of both administrations will clearly assess who had done more for the country even though the incumbent government had earlier described infrastructural development as unnecessary, ahead of the 2016 general elections.

However, Dr Bawumia on on Asempa FM’s Ekosiisen in September, described the debate as unnecessary.

According to him, although a presidential debate will be interesting, there is no point in having it when both parties have a four-year record for the citizenry to analyse themselves.