If he does these 7 things, he likes you way more than you think - MyJoyOnline.com

If he does these 7 things, he likes you way more than you think 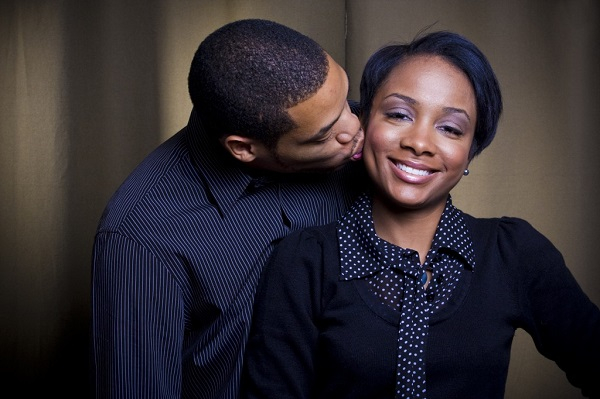 Buying you flowers, paying for your dinner, making uninterrupted eye contact with you during said dinner — these are all classic signs that someone is into you.

These signs are so "run of the mill" that they're impossible to mistake.

But relationships aren't always that black and white, and figuring out a potential partner's true feelings about you isn't always so simple.

Aside from the obvious signs of affection, there are a few unexpected signs someone likes you more than you think.

Since every relationship is as different as the people in them, it's impossible to generalize the exact signs to know whether or not your partner is "that into you."

The way your new potential partner acts around you may be completely different than the behavior of an ex in the beginning of your relationship, which can cause you to question whether or not they really like you at all.

But believe it or not, the nuanced, subtle signs that you might not expect are oftentimes even more powerful indicators of someone's true feelings than the grand gestures or stereotypical come-ons.

Instead of calling it quits because your new Significant Other isn't giving you the cues you expected, take a step back and evaluate their behavior through some of these more unexpected but important signs that they do indeed like you.

In the beginning stages of a relationship, many people are focused on building trust and will go to great lengths to follow through on promises.

Although many people expect lavish promises in the beginning of a new relationship, The Huffington Post noted that the opposite might be true.

The site noted that if the person you're seeing takes extra measures to make sure that they call when they say they'll call, or follow through in other ways, you can assume that your relationship means something to them.

Although passion and speed might be common at the start of a new relationship, one piece from Thought Catalog pointed out that slowness isn't a bad thing when it comes to relationships.

In fact, if someone wants to take it slow, it's probably because the fear of messing things up with you is greater than their desire to get too intimate too soon.

3. You cultivate a friendship first

Similar to taking it slow, if you have a genuine friendship established before jumping into anything romantic, you can rest assured that they like you in a deep way that goes beyond a crush.

4. They act awkward toward you

If your Significant Other seems to be calm, cool, and confident in front of everyone else but you, Elite Daily noted that they might just like you more than you think.

It's common for people to be unsure of how to act in a new relationship, even when they typically seem to have it all together.

5. They act 'formulaic' around you

In one of his YouTube coaching videos, relationship coach Clayton Olson said that "formulaic" behavior is a bizarre behavior that a potential partner will sometimes exhibit in the beginning of a relationship.

This, he explained, means that they will follow an already established formula when it comes to your interactions, avoiding spontaneity or situations where they don't feel comfortable.

Although it may make you feel like they're being too reserved or boring, it's simply a way to mask their initial feelings of being outside their comfort zone.

6. They mirror your movements

Mimicry has to do with a lot more than sympathy (i.e. the way we reel back sympathetically when someone gets hurt) it has something to do with affection too.

One study from the American Psychological Association noted that subtle mirroring is a sign of attraction in humans.

7. They don't mind inconvenience to be near you

Are they willing to drive extra long hours to be with you for a short amount of time?

If things that would normally seem like an inconvenience aren't a big deal to them, chances are, they're head over heels.