IGP directs MTTD to clamp down on errant motorcycle riders 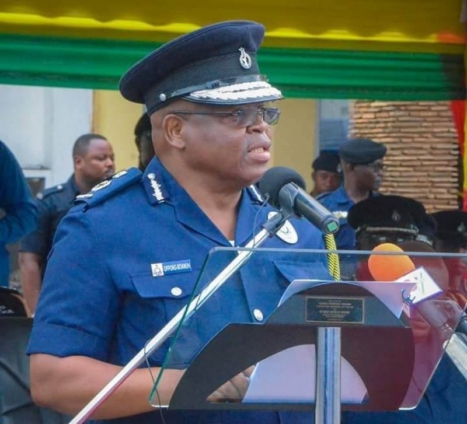 The Inspector-General of Police (IGP), Mr James Oppong-Boanuh, has directed the Motor Traffic and Transport Department (MTTD) of the Ghana Police Service to clamp down on errant motorcycle riders.

Police Chief Superintendent Stephen Kofi Ahiatafu, the Eastern Regional Commander of MTTD, said this in an interview with the Ghana News Agency in Koforidua on the 2021 Second Quarter Statistics on road crashes in the Region.

He said the constant carnages had led to the directive to the MTTD to conduct periodic exercises to crackdown wayward motorcycle riders.

A total of 416 persons died in the second quarter of 2021 through road accidents in the Region, he said and expressed worry over the situation.

Chief Supt. Ahiatafu said though 93 fatal accidents were recorded as compared to 152 during the first quarter, much needed to be done to reduce accidents to the barest minimum and save lives.

In all, 662 road crashes were recorded during the second quarter involving 259 commercial vehicles, 252 private vehicles and 151 motorcycles and tricycles as against a total of 629 in the first quarter.

Chief Supt. Ahiatafu said 52 pedestrians were knocked down with 20 losing their lives. In all 689 persons were injured in the second quarter of 2021. He, therefore, urged drivers to participate in refresher courses on their trade to reduce accidents on the road.

He said the emergence of unlicensed drivers and motorcycle riders on the roads, with no formal training, was the cause of accidents and warned those without licenses to desist from the practice or face the full rigours of the law.

The statistics showed that 60 more people died through motorcycle and tricycle crashes than commercial vehicles, which killed 35 and private vehicles 29 in the second quarter of this year.