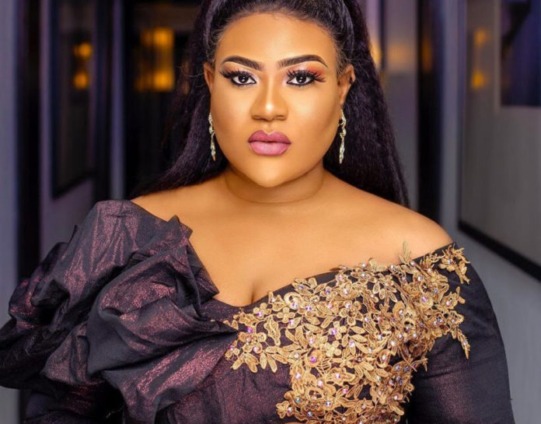 Nigerian actress Nkechi Blessing has revealed that she is a lesbian.

Her revelation comes after she parted ways with her husband.

During what most Nigerians describe as a “messy” divorce, the actress’ former husband accused her of not being committed in their relationship.

He explained that it was because his wife was attracted to women.

But speaking for the first time on the matter, Miss Blessing confirmed her ex-husband’s claims.

“I am coming out with my full chest that I am a lesbian,” she said on an Instagram live video.

She further quizzed, “What happens now? I am a lesbian, so will this life end?”

The Nollywood actress further accused her husband of hypocrisy.

According to her, the former husband knew that she was a lesbian before their marriage.

Thus, it was shocking that her ex-husband tried to dent her reputation.

She, however, noted that the “messy” divorce has really contributed to her growth.

For her, she is now at a point where nothing disappoints her or any allegation can kill her spirit.

Nkechi Blessing wedded her politician husband, Falegan Opeyemi, on June 10, 2021, but almost a year after their union, she said she had not benefited in any way.

While her husband accused her of infidelity, she also accused him of being broke and financing his life and political career with her hard-earned money.

DISCLAIMER: The Views, Comments, Opinions, Contributions and Statements made by Readers and Contributors on this platform do not necessarily represent the views or policy of Multimedia Group Limited.
Tags:
Actress
Divorce
Lesbian