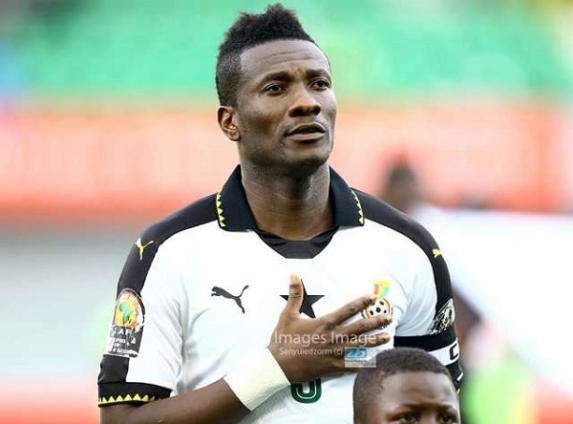 Former captain of the Black Stars, Asamoah Gyan, has apologised for his unsavoury comment while lamenting the absence of Majeed Ashimeru from the senior national team.

The 27-man list was released by head coach Otoo Addo on Tuesday, but the midfielder’s name was not drafted in.

Reacting to this, the former striker of the national team said Majeed Ashimeru, whom he sees as one of Ghana’s best midfielders, could not have been left out in time when the Black Stars seek to restore the hope Ghanaians have for the senior national team.

“This guy Majeed Ashimeru is the best midfielder in Ghana, after Thomas Partey. Period. I have kept quiet on this but this nonsense must stop. Smh.”

In a subsequent tweet a few minutes later, Asamoah Gyan said it was inappropriate to register his displeasure in such a manner.

According to him, he was carried away by his emotions.

He, therefore, withdrew the word “nonsense” but said, “I still insist that Ashimeru deserves to be in this current Black Stars.”

I still insist that Ashimeru deserves to be in this current Black Stars BUT am sorry for using the word “ Nonsense “ in my statement so I unreservedly withdraw that word , I was carried by my emotions .
Go Ghana 🇬🇭 🙏🏿

The Black Star squad to come against the Super Eagles of Nigeria on Friday, March 25, at the Baba Yara Sports Stadium in Kumasi includes Joseph Wolacott, Issahaku Abdul Fatawu, Jordan Ayew, Thomas Partey, Daniel Kofi Kyereh among others. However, Ghana’s Dede Ayew did not feature in the list.

Find the list of Black Stars players that have been assembled:

DISCLAIMER: The Views, Comments, Opinions, Contributions and Statements made by Readers and Contributors on this platform do not necessarily represent the views or policy of Multimedia Group Limited.
Tags:
Asamoah Gyan
Black Stars
Majeed Ashimeru
Nigeria