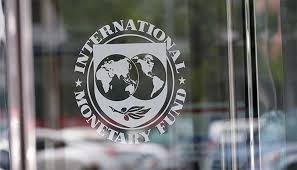 The International Monetary Fund has revised the growth rate of the global economy to 3.2% in 2022, 0.4 percentage point lower than in the April 2022 World Economic Outlook.

The Fund’s July 2022 Economic Outlook report attributed the slowdown in the growth rate to tightening global financial conditions associated with expectations of steeper interest rate hikes by major central banks to ease inflation pressure, and spillovers from the war in Ukraine.

Global inflation has also been revised up due to food and energy prices as well as lingering supply-demand imbalances, and is anticipated to reach 6.6% in advanced economies and 9.5% in emerging market and developing economies this year—upward revisions of 0.9 and 0.8 percentage points, respectively. In 2023, disinflationary monetary policy is expected to bite, with global output growing by just 2.9%.

The Fund further said with growth near 3 percent in 2022–23, a decline in global GDP or in global GDP per capita—sometimes associated with global recession—is not currently part of the baseline scenario. However, projections for growth on a fourth-quarter-over-fourth-quarter basis point to a significant weakening of activity in the second half of 2022. While the revisions are mostly negative for advanced economies, differing exposures to the underlying developments mean that those for emerging market and developing economies are more mixed.

“As noted, growth revisions for major advanced economies in 2022–23 are generally negative. Baseline growth in the United States is revised down by 1.4 percentage points and 1.3 percentage points in 2022 and 2023, respectively, reflecting weaker-than-expected growth in the first two quarters of 2022, with significantly less momentum in private consumption, in part reflecting the erosion of household purchasing power and the expected impact of a steeper tightening in monetary policy.”

“Growth in the euro area is also revised down by 0.2 percentage point in 2022, when improved prospects for tourism and industrial activity in Italy are more than offset by significant downgrades in France, Germany, and Spain; and by 1.1 percentage point in 2023. This reflects spillovers from the war in Ukraine as well as the assumption of tighter financial conditions, with the European Central Bank ending net asset purchases and raising rates in July 2022 for the first time since 2011. In a number of European economies, Next Generation EU funds are supporting economic activity”, it explained.

“For emerging market and developing economies, the negative revisions to growth in 2022–23 reflect mainly the sharp slowdown of China’s economy and the moderation in India’s economic growth. The revision in emerging and developing Asia is correspondingly large, at 0.8 percentage point in the baseline for 2022. This revision includes a 1.1 percentage point downgrade to growth in China, to 3.3 percent, (the lowest growth in more than four decades, excluding the initial COVID-19 crisis in 2020), owing primarily to the aforementioned COVID-19 outbreaks and lockdowns”, it stressed.

The Fund concluded that the outlooks for countries in the Middle East and Central Asia and sub-Saharan Africa remain on average unchanged or positive, reflecting the effects of elevated fossil fuel and metal prices for some commodity-exporting countries.