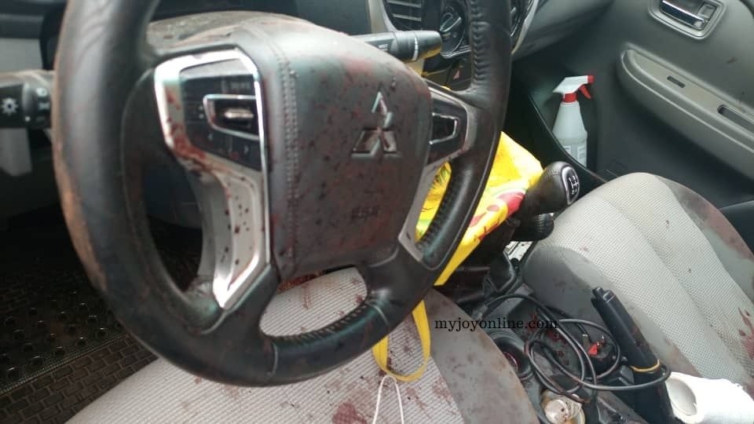 A security analyst has blamed the recent surge in crime rate on what he says are inconsistencies exhibited in the country’s bid to combat the canker.

Col. Festus Aboagye (Rtd) said, the seeming dormancy from government and security agencies compared to the sudden outburst of condemnations when it involves high profile individuals is worrying.

“When incidents like this happen, then you have the chorus. Then you have responses from the police and certain segments of the society including Parliament. But when it subsides then we all go to bed,” he told Emefa Apawu on Joy FM‘s Midday News on Friday.

Ekow Quansah Hayford was reportedly shot dead at about 1 am on Friday morning by six armed highway robbers on his return from a campaign trip.

The Northern Regional town of Kpatinga at about 2 am also witnessed a sporadic shooting in the Gushegu Municipality forcing many residents to stay indoors.

This development is just one in a list of such incidents which have characterised the country in the past few months which the security analyst believes are makes the pattern alarming.

The killing has been widely condemned by sections of the public including Parliament and President Akufo-Addo who are calling for the arrest of the perpetrators of the gruesome act.

But Col Festus Aboagye wants more as he is also calling for an increased level of proactiveness on the part of security agencies to overcome the trend.

“We are not seeing the police service proactively looking for criminals and… the millions of illegal weapons in circulation in the country. We’ve not been very consistent with roadblocks and checkpoints,” Col Agoagye added.

He wants the police to consider innovative tactics to outsmart criminals coupled with the maximisation of crime intelligence.

The Security analyst believes the usual patrolling mechanisms in use by the agencies are adequately studied by these attackers and must be improved.

He argued that “once roadblocks become static, they are predictable so anybody who wants to commit crime knows where these points are and will find other places where there are no such checkpoints in the immediate vicinity.”

Col Aboagye (Rtd) suggested that varied means of mobile patrolling, including the use of motorbikes, could be adopted to nip crime in the bud.