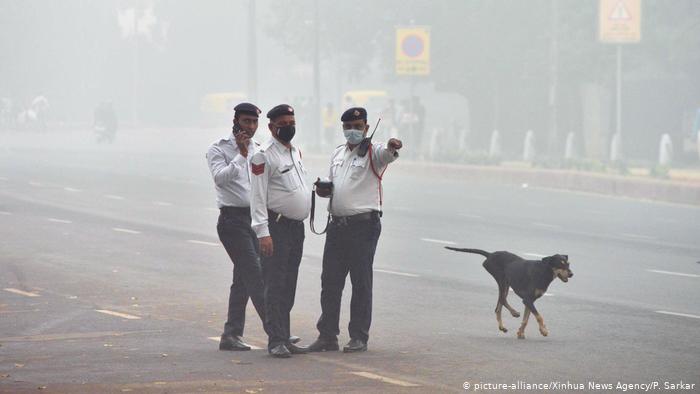 The air in India’s capital region becomes very polluted every winter. Vehicular and industrial pollutants, crop burning, and weather conditions cause the problem. Despite numerous initiatives, the problem has persisted.

Every year, the residents of India’s capital region and surrounding areas experience hazardous levels of air pollution at the beginning of winter.

Smoke from stubble burning in the adjoining farmland areas of the states of Haryana and Punjab, as well as fumes from vehicles and industry, enshroud the city as lower temperatures and slower moving winds trap pollutants in the air.

On Monday, the air pollution in New Delhi was classed as severe for the fifth consecutive day.

The Central Pollution Control Board’s air quality index recorded severe levels of pollution between 450 and 499 at monitoring centers in the city, with 500 the highest pollution level on the scale.

That score is more than 20 times the limit deemed safe by the World Health Organization (WHO) — it roughly equals smoking 25 cigarettes a day.

“In addition, there are episodic dust transport events from surrounding areas. As a land-locked megacity, there are limited avenues for the polluted air to be flushed out of Delhi. Nor is Delhi in the advantageous position of enjoying replacement of air from relatively unpolluted marine regions,” she said.

“Look at India, it’s filthy. The air is filthy,” said Donald Trump in the final US presidential debate, while justifying his stance on pulling the US out of the Paris climate deal. While his comments received a lot of backlash, experts warn that Delhi’s air quality is bound to get worse as the festival season arrives in India.

Firecrackers during the Hindu festival of lights, Diwali, are expected to worsen air quality in mid-November.

A surge in COVID-19 cases, coupled with the rise in pollution, has made experts concerned about Delhi residents.